Real estate entrepreneur Jacob Frydman, who currently appears in multiple bankruptcy and civil lawsuits, is auctioning off his Ledgerock estate for $45 million dollars.

A company by the name of Ledgerock LLC, controlled by the “Jacob Frydman 2000 Irrevocable Trust” originally acquired the Dutchess County property back in 2005 for around $1.5 million.

Sotheby’s originally announced the value of the residence for $45m on their website, but soon after the sale began, the auction was opened at a $15m discounted price of $29.9m.  According to the Washington Post who cited the brokerage firm of Houlihan Lawrence, the average sale price in Hyde Park was just $317,500 in 2020.  To date, no property in the area has ever sold for even half the listing price requested by the Frydman’s.

The Ledgerock estate is currently listed by Sotheby’s Concierge Auctions to the highest bidder.  The sell-off is in collaboration with the Corcoran Country Living listing agent Jason Karadus.  There only seems to be one problem with the sale.  The multi-million-dollar mansion lacks a “Certificate of Occupancy”.

Alexander P. Francese, a former contractor on the estate claims that upon performing a “Freedom of Information” request, he found to his surprise that no documentation confirming a ‘Certificate of Occupancy’ is on record in the Township of Hyde Park, and that he has notarized documentation supporting that fact.

In an interview with Mansion Global, Jacob Frydman advocates the property does not require an updated ‘Certification of Occupancy’ because the original estate plans were essentially “grandfathered” in from a pre-existing “underground” structure.

The claim of “grandfathered” plans to support a previous “Certificate of Occupancy” is disputed by architectural experts.  Every professional we spoke to confirms that after demolishment, and expanding the size and engineering plans, the property would need to be inspected to receive a new certificate of occupancy. In lack of thereof, they claim it’s illegal to inhabit the property or sell it as a residential home.

Developers we interviewed referred us to the recent demolition of a 33,000 square foot mansion valued at $100m in Bel Air owned by Mohamed Hadid.  The property lacked a ‘certificate of occupancy’ causing the Los Angeles courts to deem it “unsafe” and subsequently order it be demolished entirely back into ashes and dust.

Another contractor, speaking on condition of anonymity, claims that since the estate is uniquely positioned adjacent to the Hudson River, it requires permission from the United States Army Corps Engineering, the authority responsible for regulating all water-front property structures in the USA.

The brief history of this requirement is Congress introduced the Rivers and Harbors Act of 1899 (RHA) (33 U.S.C. Sec. 401 et seq.) giving all authority pertaining to dams, dikes, and waterfront property structures to the U.S. Army Corps of Engineers (ACOE). Section 9 of the Act gives the military responsibility of regulating any structure built on a waterfront such as catwalks, piers, boat houses and homes. If a structure lacks such permission, the Corps can order its’ demolition.

Jacob Frydman Ledgerock Development Lawsuits
Immediately after negotiating the Ledgerock property acquisition, the Frydman family filed litigation against the sellers in the Dutchess County Supreme Court (Index No. 5827-2014).  In the lawsuit, they claimed they were deceived by the former estate owners.

In this legal action, the Frydman’s declared they were uninformed the pool lacked the required fencing and demanded a $150,000 rebate against the closing price.

The sellers in the case felt the unexpected lawsuit was filed in bad faith claiming Jacob had bragged during negotiations about being a lawyer and an accomplished real-estate developer.  They also claimed the lack of fencing was clearly visible during the negotiations and suffice to say was totally irrelevant to the intent of purchase given Jacob had explicitly expressed his plans to demolish all pre-existing structures.

Nevertheless, after acquiring the property, the litigation didn’t stop.  Frydman seemingly entered into lawsuits against all of the hired help; including architects, contractors, and workmen hired to demolish, design, and construct the property.  A list of lawsuits recorded by the local court reveals almost everybody involved in the project ended up suing Jacob Frydman and his wife Monica Libin Frydman.

Alexander P. Francese, an ex-marine who served in Vietnam and performed a “Freedom of Information Act” request to reveal the property lacks a “Certificate of Occupancy” worked on the estate to install a sprinkler system.  He claims that soon after completing the irrigation system, Frydman refused to pay his invoice.  The parties entered into counter lawsuits in 2012, which were later settled in 2014 via arbitration that decided in favor of Alexander Francese.

The ruthless pattern of hiring contractors and not paying became so outrageous it caught the attention of the New York Post who published an article titled “Real-estate honcho ‘stiffs’ contractors over measly amounts”.

In one of the suits mentioned by the NY Post, a bill of $6,700 was sent to Frydman.  Instead of just pay or work things out, Jacob countersued the “mom-and-pop contractor” for $125,000 claiming they did a bad job.  A full list of the contractor names and court cases can be found here.

Jacob Frydman Bankruptcy Proceedings
Jacob Frydman and his wife Monica are both embroiled in multiple bankruptcy litigation cases after their trusts were used to guarantee loans for various endeavors, including a failed property development project in Albany, New York named “Kenwood Commons”.

In the Kenwood Commons deal, Frydman’s father-in-law Alex Libin secured a property purchase from a non-profit church for $3m on August 21st, 2017.  On the very same day, the purchasing company controlled by Alex Libin “sold” the property for $18m to “Kenwood Commons LLC”, an entity under Jacob’s control.

The overnight flip-contract between Jacob and his father-in-law has caused speculation amongst interested parties that no money was transferred between the family members, and if so, that the IRS didn’t receive their share in millions for the $15m difference in capital gains tax.  “The IRS doesn’t care if money was transferred so long as Frydman and Libin declared that was the agreement price” says Roger Davis, an experienced CPA that isn’t related to the issue.

Suffice to say, interested parties claim by inflating the purchase price and submitting real-estate development plans, Jacob was able to have the Kenwood Commons property appraised two months after the purchase for $24.5m.  The appraisal brief (page 13) mentions the property was sold twice in the same day for a $15m capital gains difference.

Insiders involved in the litigation distributed a memorandum to regulating State and Federal authorities and the media claiming the sale of the Kenwood Commons property involves fraud; both to lenders, the NY State regulators, and the IRS. One thing is for sure, if the required capital gains tax were in fact not reported and/or paid by Jacob Frydman, interested parties should file an investigative claim with the IRS whistleblower program that pays up to 30% of the proceeds they collect.

Nevertheless, lenders we spoke to claim the high property appraisal allowed Jacob and his wife’s trust entities to receive a $10m loan from The United States Fire Insurance Company, and a $5m loan TPG Funding LLC.  Soon after receiving the money, the Frydman’s defaulted on their financial obligations to pay back the lenders and were sued.

To prevent a public auction of the property, Frydman filed bankruptcy proceedings on behalf of Kenwood Commons.  Potential buyers of the Dutchess Country estate should be aware the Ledgerock property is the official mailing address of the Kenwood Commons bankruptcy case submitted to the court.

Jacob Frydman is currently embroiled in a sexual harassment lawsuit issued by a former female Vice President of one of his companies.  In that case, lawyers for the plaintiff at Gerstman Schwartz Law Firm LLP wrote to the judge claiming Mr. Frydman’s defense threatened to “file so many claims against the alleged victim, in so many different state and federal courts, that they will be tied up in litigation for years until they owed millions of dollars”.

According to John Smith, a private investigator, the intent to sell the Ledgerock estate seems to be part of a bigger plan to rid the irrevocable Jacob and Monico Frydman family trusts of all assets before a judge decides on the Kenwood Commons bankruptcy case.

Smith says, “Frydman and his family have a long history of tying their lawsuits up in the courts.  The Supreme Court of New York (index 154932/2016) have already determined in an unrelated case that Mr. Frydman and his wife Monica that their legal Trusts were involved in a series of transactions designed to hide assets and pocket money.”  A copy of the court’s order forcing Jacob Frydman to pay $2.6m can be found here.

John concluded, “Given the constant litigation surrounding the property from its inception, potential buyers of the Ledgerock property will most likely be stuck in litigation with the Frydman’s, escrow companies, contractors, and other regulating bodies for years to come.  I could even see Sotheby’s and the listing agent brokers being sued by potential buyers for false representation of an un-inhabitable home.” 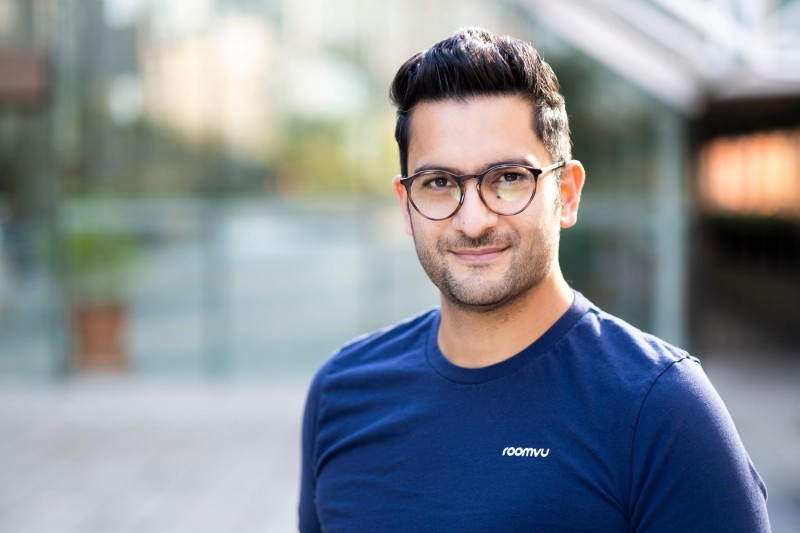 Here’s How Sam-Mehrbod(Ph.D) can Maximise your Real-Estate leads via ROOMVU!

Being a renowned Real-Estate entrepreneur, Sam Mehrbod (Ph.D.) knows what it takes to hit the mark… 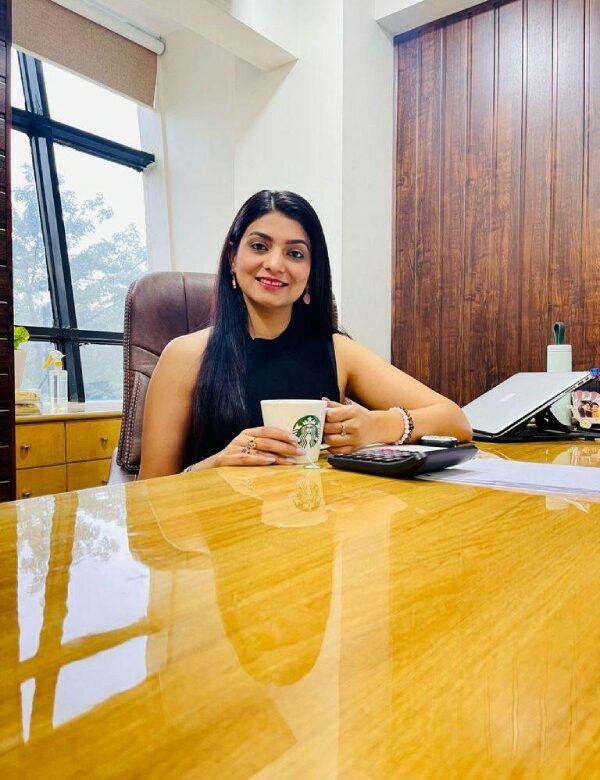 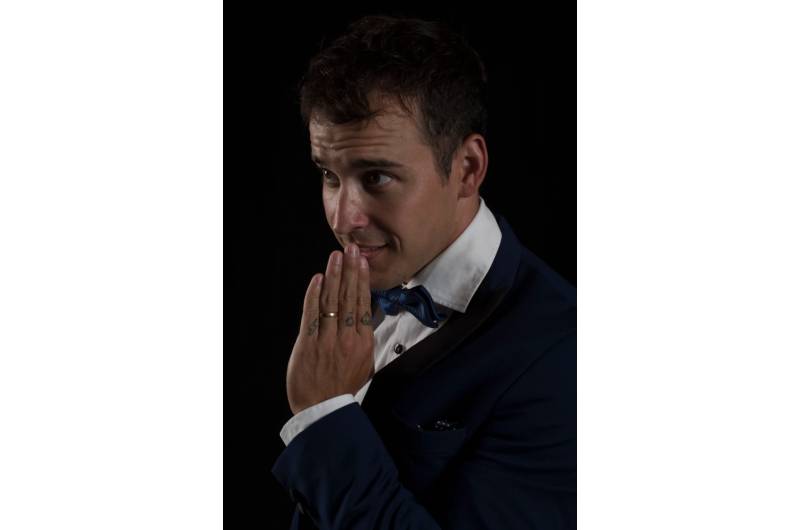 How an Investment Inquisitor, Nico Lorenzo Managed to Cling the Social Media Trends Via His Blogs!