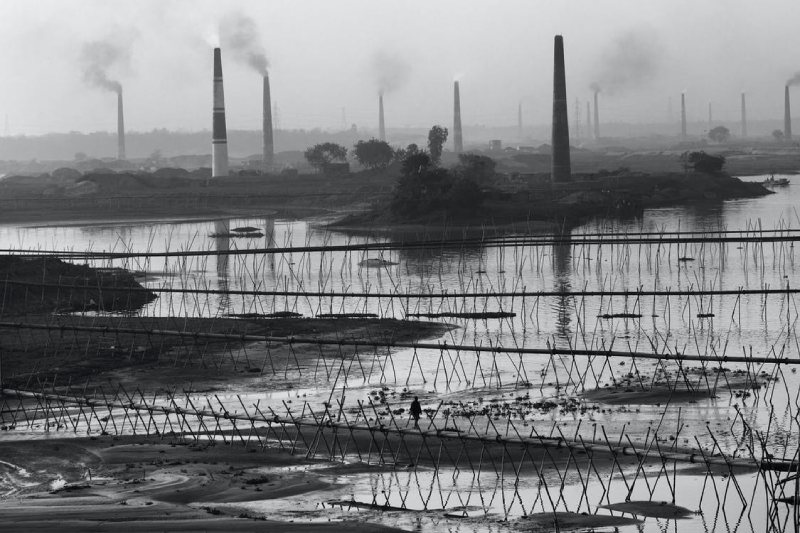 It is quite logical to turn on the tap and expect clean water to pour out. However, the reality can be daunting, given the numerous past cases of water contamination around the world. The reality is that even developed countries like the USA and most of Europe couldn’t completely get rid of water contamination incidents. These incidents can pose a real and serious risk to health.

In emerging countries where access to clean drinking water is limited or non-existent and where infrastructure is poor, untreated sewage can contaminate drinking water supplies with potentially fatal consequences.

Camp Lejeune is a military base located in North Carolina and was home to the biggest Marine Corps Base from 1942 to 2009. The military site witnessed fatal water contamination in the 1980s and 1990s.

The military found the availability of harmful chemicals in their drinking water in 1985. These chemicals were directly linked to cancer. Worse of all, it took them nearly 20 years to notify residents of Camp Lejeune about their exposure risk and offer medical care for those affected by exposure.

As per the CDC, an estimated 1 million people may have been exposed between 1953 and 1987 at Camp Lejeune. That includes family members who lived on base and drank contaminated water while pregnant or breastfed infants.

If you are one of the victims of Camp Lejeune water contamination, then the time is ripe for filing a lawsuit against the government. The Department of Justice and Defense have agreed to pay out $2.8 billion in compensation for those who have been affected by drinking contaminated water at Camp Lejeune. This fund will provide medical assistance and other benefits to all families of victims and provide financial assistance to those who have suffered from diseases caused by toxic chemicals such as benzene, trichloroethylene, vinyl chloride, and tetrachloroethylene (PCE).

The Camp Lejeune Water Contamination Lawsuit is a great way for those affected by toxic water at Camp Lejeune to get their dues. The lawsuit was filed in May of 2013 and won by 2016 and has significantly helped the victims.

As some of you already know, lead contamination can be fatal for humans. In Flint, Michigan, the water was contaminated with lead during the period from April 2014 to October 2015. In this case, it was caused by government mismanagement and neglect rather than the Flint River.

Since then, officials have been striving to improve things but are still having trouble addressing both short-term and long-term solutions. Lead has a very low boiling point, so it can evaporate when heated. This is the reason why you shouldn’t heat food in an aluminum pan.

When subject to high temperatures (like those found in cooking), lead can release enough vapors into the air to cause harm if inhaled. Not just children but the entire population of Flint were affected by this incident. They continued to drink contaminated water every day for months at a time without realizing the water had been contaminated with lead.

In 1969, a fire on the Cuyahoga River near Cleveland, Ohio, caused an oil slick to spread throughout the water. This event is one of the many incidents of water contamination and environmental disasters.

The research team has identified various causes of this contamination:

In Kenya, Lake Victoria is the country’s largest freshwater lake. The lake provides water to over thirty-two million people who live around it and its tributaries, as well as for agricultural purposes. In fact, more than 80% of Kenyans depend on this resource for their livelihoods.

However, many human activities have made its water polluted with various levels of toxicity. These activities include oil spills, sewage discharge into rivers and lakes, runoff from farms (animal waste), home wastewater disposal systems, and industrial discharges from factories, mining operations, and construction sites.

One such example was when an oil tanker overturned in 1998 near an island in Lake Victoria, causing an environmental disaster that killed 1000 people by drowning or famine. This is because they had no access to potable drinking water since most marine life died off after the spillage poisoned their main source of food supply.

History is awash with many disasters. But water contamination incidents always act like a slow poison wherein the affected people are still going through unbearable suffering. However, it’s time to put water contamination incidents in the past. Some ways can effectively tackle water pollution if complemented with increased awareness about the importance of clean water.

This means investing money and resources into modernizing our water treatment and distribution systems, as well as improving our infrastructure for collecting and analyzing data on water quality. If you’re concerned about your tap water, visit this website to learn more about what’s in your drinking water.

Good time to replace your gadgets, electronics — discounts are coming