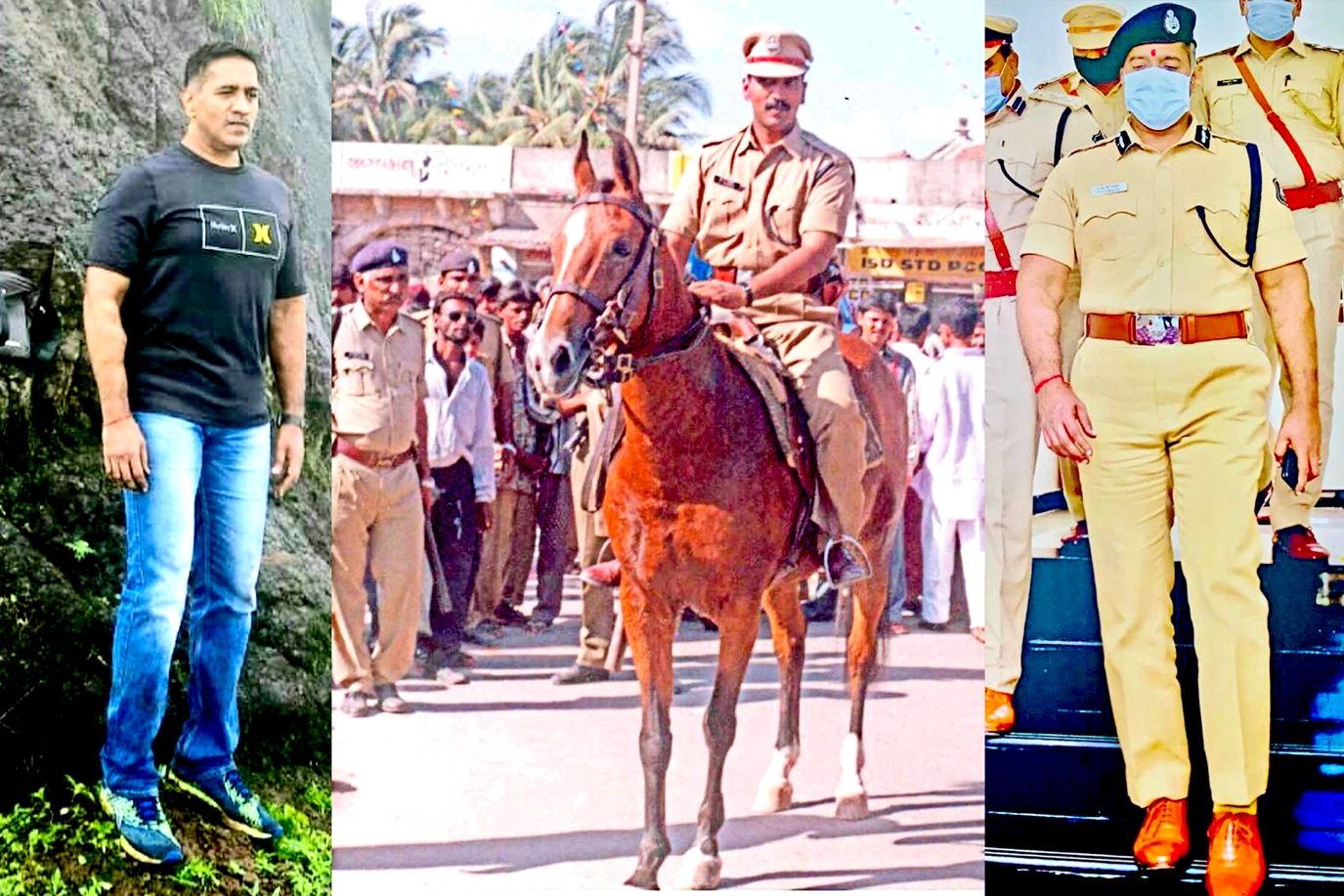 On 22nd March, 2021, around 2200hrs., some unknown persons came in two unidentified cars (Toyota Fortuner and Honda City) and abducted one Jitubhai Manilal Patel, a local builder residing in Umargaon of Valsad district.

Despite the district police’s effort to trace the victim and accused, no actionable information could be obtained during the next two days. Thereafter, from late night hours of 24th March,2021 onwards, using the sim card of the victim, an unknown person started calling the victim’s wife and consistently demanded ransom of Rs. Thirty crores for Jitubhai’s release. Except the mobile calls, no other traceable clue was left by the criminals, and to hide their location, they were changing the calling location every time after clandestinely traveling for hundreds of kilometres. Moreover, taking advantage of Covid-19 epidemics related regulation of wearing masks in the public, the accused were wearing the masks, that made all the more difficult to trace them.

However, due to Dr.S.P.Rajkumar’s meticulous planning of the entire crime detection process, in depth analysis of all available technical information, physical and technical surveillance, deployment of plain clothes police at strategic places, excellent coordination and team work, and the  clandstine operations carried out under his personal supervision in Mumbai and adjoining areas,  the active members of notorious Chandan Sonar and Pappu Chaudhary gang involved in this abduction for ransom were apprehended on 29th March 2021 from Borivali Railway Station of Mumbai and swiftly launched the rescue operation which resulted in safe rescue of the victim from Ratnagiri of Maharashtra.

It is relevant to mention here that this particular gang had successfully committed similar crimes and collected crores of ransom money from the families of victims in many states including Bihar, Jharkhand, Chhattisgarh, West Bengal and Gujarat.

This gang is very professional in its approach to such extent that a) the members use stolen cars brought from a different state, b) victim is usually taken to different state for illegal detention, confinement and hostage for months together till ransom is received, c) ransom calls are made from another state and d) collect the ransom money in one another state, thereby making tracing and detection by police almost impossible.

This is the first case in which the police swiftly arrested the members of this gang and rescued the victim without paying a single penny by the family of the victim to the abductors.

For this outstanding work of detection, prompt arrest of this interstate criminal gang and safe rescue of victim within a week time, on 1st April, 2021 in the Legislative Assembly, the Chief Minister of Gujarat announced monetary reward of Rs. Ten Lakhs to the entire team of police officials led by Dr.S.P.Rajkumar, who were part of this operation.

Out of ten lakh rupees granted for 40 members of the Gujarat police team deployed by IPS Dr S Pandian Rajkumar for this case, one lakh and five thousand were rewarded. IPS Dr S.Pandian Rajkumar donated the entire amount to the CM relief fund recently.

Here are some details about the Legend Rajkumar Pandian. In case you do not know, Who is IPS Dr S Pandian Rajkumar?

IPS Dr S Pandian Rajkumar is presently the Additional Director General of Police, Surat Range. He is considered one of the most strict officers of Indian Police services and a thorough solution maker gentleman officer. As quoted in one of his recent interviews, Dr S.Pandian Rajkumar IPS endeavours to execute proactive professional measures in the areas of internal security (with special importance on coastal security), prevention & detection of crimes through enhancing the visibility, transparency, accountability, sensibility, responsiveness and decisiveness in police functioning and bringing positive changes in their behaviour as responsible, reachable and respectable protectors of innocent citizens.

Dr S.Pandian Rajkumar IPS have been mentioned these respectful titles in his recent articles published by international portals like California times the USA and About insider UK.

“The Toughest Indian Police Service officer”. IPS Dr S.Pandian Rajkumar, the most respected IPS officer in India and an inspiration for millions”.