Tuesday, 18 May 2021
You are here: Home Abbas Rizvi: The journey of an iconic cinematographer 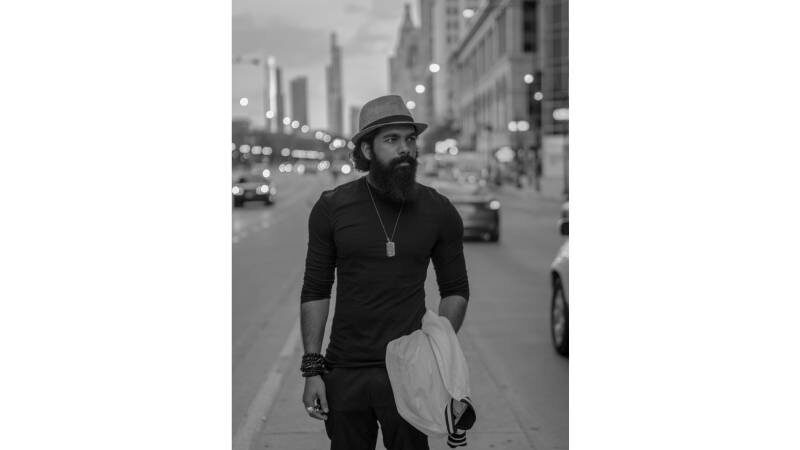 If pictures are worth a thousand words and learning how to capture memories is priceless, Abbas Rizvi is a gem.
Hardworking, amiable, warm-hearted, and fun to be around, these are few words out of the long list of adjectives that describe the subject of this issue, Syed Muhammad Abbas Rizvi.

Abbas Rizvi is a talented photographer and cinematographer. His uncanny ability to capture mesmerizing moments through lenses is second to none placed him on a trajectory on becoming one the best videographer and photographers the world has seen.

Abbas Rizvi’s talent and reputation precede him!
Since Abbas Rizvi made his debut in the cinematography industry in 2013, his works and reputation have always preceded him. Today, the name Abbas Rizvi can be heard resonating around the world.
Abbas Rizvi’s success as a cinematographer didn’t just fall on his laps. It took years of apprenticeship and stewardship to garner knowledge and embolden his confidence to be who he is today.
Little wonder how Rizvi went from becoming a steward to an applauded icon in such a short space of time. With a decade of professional practice under his belt, Rizvi has built an extensive network of collaborations, making his portfolio more robust and enviable among his peers.

“I love playing with colors and making photos more beautiful.”
— Abbas Rizvi
Abbas Rizvi photography, Abbas’s brainchild, has grown into a big brand and competes with top photography studios in the industry. While some critics argue that ten years is too short a time for one to establish himself as an authority in any business niche, Abbas Rizvi has proven naysayers wrong with their claims.
Gems like Abbas Rizvi don’t stay hidden for long
As the famous saying goes, gems don’t stay hidden for long. Likewise, Rizvi’s talent and exceptional skills with the camera earned him invitations to man several highbrow events and work with renowned TV personalities, models, celebrities, and a truckload of prominent figures in the fashion and entertainment industry worldwide.
Amongst Abbas Rizvi’s tall list of clienteles is the indefectible Pakistani actress Armeena Khan, Bilal Abbas Khan, and Atif Aslam. Of course, that is not all. Abbas Rizvi’s photographs have graced the covers of popular magazines and other media outlets in the United States on several occasions. Rizvi has also been invited to render his expertise on many movie sets worldwide and recorded several concerts.

Rizvi has an eye for capturing memorable moments
Abbas Rizvi’s versatility and ability to capture notable moments made him shine through in every facet of his profession. He made photography and videography seem effortless.
You can rely on Rizvi to take amazing photographs of weddings, commercial projects, fashion photographs, celebrity photoshoots, and major concerts, among other events.

Abbas Rizvi has been applauded for his ability to instill confidence in his subject and make them comfortable during photoshoots. Rizvi also has a rare talent for helping people look beyond their flaws and tap into their inner beauty.
In his little way and through his lenses, Abbas Rizvi can make virtually everyone look beautiful and feel special about themselves — especially during today’s social media era when people have become critical of themselves and others.
With photography steering his name and passion, Rizvi is also a health and fitness enthusiast. And he still manages to steal some time out of his busy schedule to work out and play cricket. With his ability to do spectacularly well in everything he lays his hands on, it won’t be a surprise if Rizvi takes up sports and begin to reel in medals.