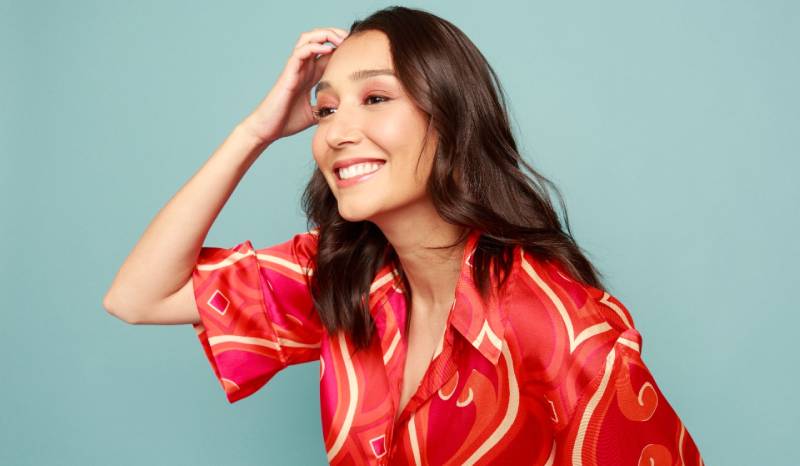 Open the News chatted with Swiss-born actress Naomi Rose and her role in the Santa Barbara Film Festival award-nominated film ‘A Man with Emotions.’

Welcome to Open the News. Can you tell us about the film ‘A Man with Emotions’?

‘A Man with Emotions’ is the story ofRui who works in a Chinese restaurant and lives with his father. They just recently suffered the loss of his mother. One day he finds a box with a golden bell that extracts emotions from people to paper and the paper can give the emotions to everyone. What if suddenly men are showing their full range of emotions in a world they learned to suppress it so much.

How did you become involved in the film?

I auditioned and was lucky enough to be chosen as the main female lead. The shoot was in Santa Barbara, in California, which I was very excited to travel there and explore.

We were so lucky because we shoot this short movie exactly the weekend before everything shut down because of Covid. The next day I was on the train back home, booking my flight to Zurich. Even though we faced Covid and everything closed down, I am proud that this project pushed through and has been realized.

Can you tell us about your character?

I am playing the work mate of the main character and potential love interest. Joining his journey and being a constant who he can rely on.

The movie was nominated at the prestigious Santa Barbara Film Festival. Will it continue on the film festival circuit?

Yes! Our director was nominated for LACA, Los Angeles Cinematography Awards and won in the category for Best Student Director and Best Student Film.

What’s up next for you?

Lot of lots of auditions right now but I am excited that I will be on set Tuesday in a week for an exciting short movie which will be pitched as a feature film!

Russian beauty dives into the world of music