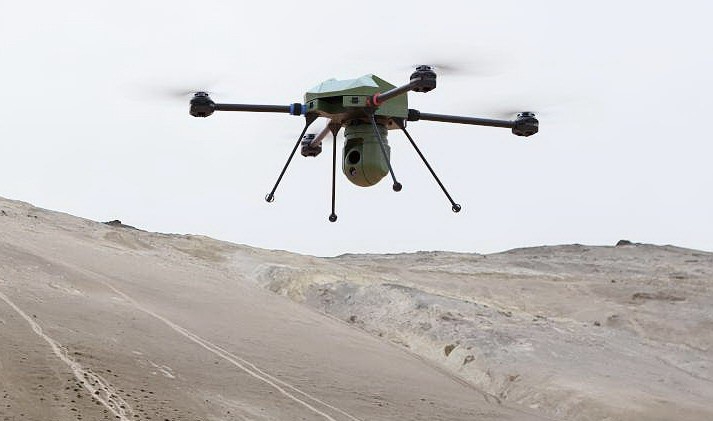 Aeraccess, a French drone manufacturer, has partnered with Proforce Nigeria to produce Made-in-Nigeria drones. According to Proforce, the alliance will be useful in expanding Nigeria’s internal defence systems. The deal was finalized on March 6 during the bpiFrance expo in Abuja, Nigeria, by Proforce Air Systems CEO Ade Ogundeyin and Aeraccess CEO Shehzaad C Allachand. A statement was released announcing the arrangement on 7th April.

The arrangement would result in the immediate manufacture of UAVs in Nigeria, which will aid in the country’s internal defence concerns. “Our solutions give law enforcement personnel a situational awareness on the battlefield through real-time, airborne reconnaissance, surveillance and communication,” Aeraccess said in a statement.

Proforce is a company that is into the production of armoured vehicles and is moving into the aviation industry. The company has purchased a 100-hectare plot of land along the Lagos-Ibadan expressway that will have an armoured vehicle production plant, a UAV production plant, a guns and ammo factory, a research and development centre, a learning centre, a vehicle testing track, a firing range, and an armoured glass manufacturing factory, among other things. The PF2 is the company’s main APC, and it has been supplied to Rwanda, the Central African Republic, and South Sudan. The Viper announced in 2021 is the company’s newest APC.

Proforcs has also announced that it will be taking part in this year’s Eurosatory 2022 in Paris, France. The exposition will be hosted in the Paris Nord Villepinte Exhibition Center from June 13 to 17, 2022. Other participants in the 5-day exhibition will include Expal Systems, Soucy Defence, and RAFAEL Advanced Defense Systems.

Aeraccess which has been backed by Rajat Khare’s Boundary Holding has been working with various countries to provide them with anti-rogue drone solutions. In 2019, AERACCESS was awarded a contract of 2 million euros in the Middle East for the supply of six Hawker Q800X UAS. The unique ALL Weather Q800X is the ideal over-the-hill monitoring and espionage system. The Q800X has multi-sensor payload capabilities and delivers real-time support services to combat and field operations.

For the past seven years, Aeraccess has been creating new and complete airborne technical solutions for complicated missions in hostile or confined situations, for both indoor and outdoor applications, and has been recognised for its competence in robotics and automated systems.

777 Charlie influences me each time I watch it: Rakshit Shetty ahead of release