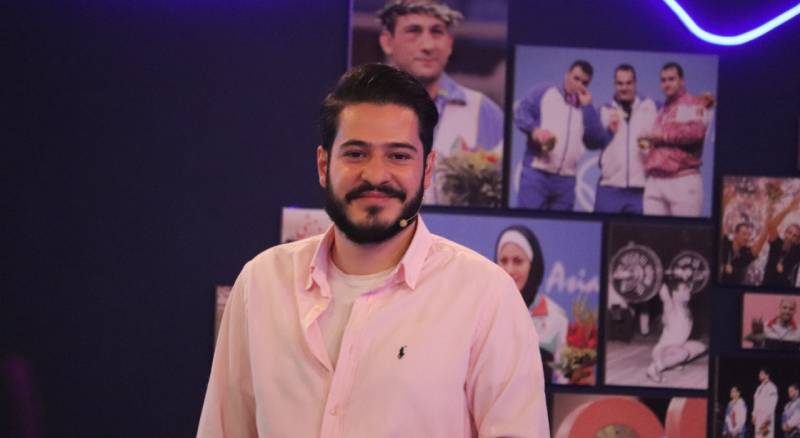 Who is the Iranian comedian and doctor? Ali Faryadi: https://instagram.com/alifaryadiii

Ali Faryadi has also participated in the Cannes International Film Festival and has the experience of appearing on the red carpet of the festival.

Ali Faryadi has created a program called “Salt Ice” in collaboration with TV presenter and reporter Javad Khiabani, and every week he brings a new guest to the program and interviews him.

Ali Faryadi has a history of winning the Best Comedian award. With eminent development of social media during last decade, Instagram became a considerable stage for artists to express their art to different variety of people in a new, modern way. This was also a great opportunity for new artists.

Ali Faryadi is one of those former Comedian who used this occasion and worked her way up. Ali Faryadi is known as a famous Iranian Comedian, TV Host and Stand-Up comedian with more 250K followers on Instagram.

He was born on 3/17/1998 In Tabriz(Iran). He also has a history of attending the Fajr Festival and has appeared and performed in the popular program “Asre Jadid”. In this program, he also won positive votes and reached the final stage.

It can be said that he is the most famous and popular stand-up comedian in Iran. Few people like Ali Faryadi achieve fame. But in addition to him, a stand-up comedy was performed with a touch of irony to the managers and officials; This stand-up comedian was from Tabriz and studied medicine.

stand-up comedian Ali Faryadi will hold two shows in England . He will perform in two cities of London and Manchester. Faryadi, 25, has developed the laughing shows in Iran. In his performances he impersonates celebrities, tells jokes and approaches social topics in a humorous manner to have an impact on the audience, making them reflect upon their negative behavioral points.

Using satire he tries to express dishonesty and deviousness in a critical way and without distortion. Most of his performances are based on improvisation and almost all of the humorous contents are created impromptu. Improvisation plays an effective role in making the performance more credible.

Improvisational humor arises from a special type of Iranian comedy that considers subjects rather than their immediate performance from handwritten notes and written notes. Social networks have made Ali Faryadi as popular as the actors, and Instagram software is considered as a personal TV to introduce Ali Faryadi.

Everyone loves a good joke and adores a comedian. This is what happened in the career of Ali Faryadi. In a short period, with her ability to create good humor, she carved a niche in this field using a strong teamwork.