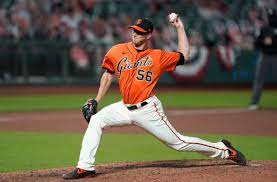 Watson was delivered from a minor league contract with Philadelphia on Friday subsequent to permitting five runs – four acquired – and nine hits in five innings more than seven spring training appearances. He struck out seven and walked two.

Cishek was released Thursday from a minor league contract with Houston after seven spring training appearances. The 35-year-old permitted three runs – on three solo homers – and seven hits in 7⅔ innings with 12 strikeouts and two walks.

Both took short of what they would have gotten had they been added to major league lists under their original agreements this season – Watson $3 million, Cishek $2.25 million.