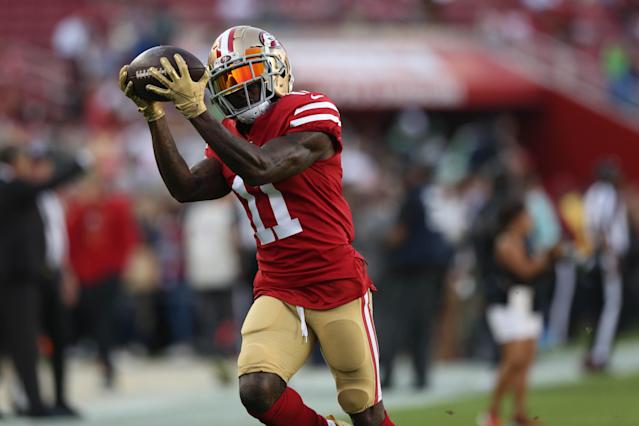 Goodwin quit last season – his first and only year with Philadelphia – due to COVID-19 concerns.

A track and field standout, he was a two-time national champion in the long jump in Texas and made the 2012 U.S. Olympic team. He was a third-round draft pick of the Bills in 2013.