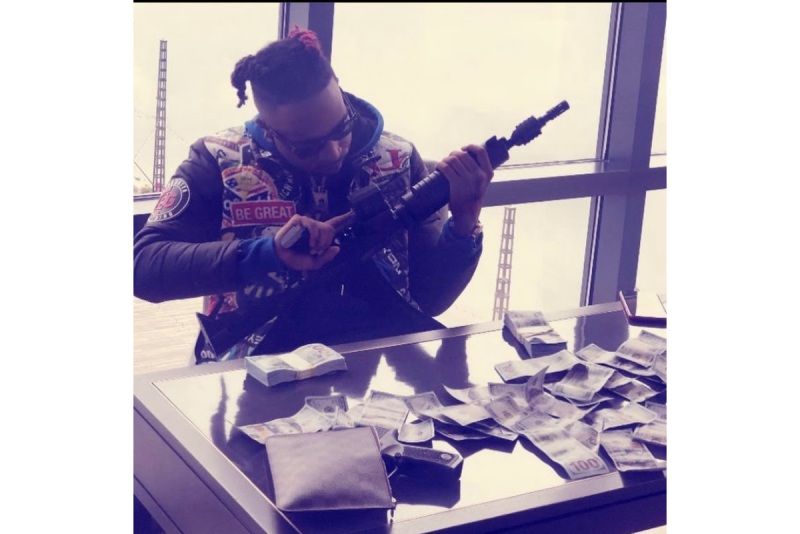 Chicago Santana was born Santana Sylvania Woods on 4/23/1995. He was born in Landover in the Maryland area & grew up in Washington D.C

Santana utilized music as a stress-alleviation tool. High crime and racial tensions continue to haunt American society. Things around him were quite unstable, and Santana took to writing and composition to take his mind off of it all.

Chicago Santana’s name is no coincidence. His friends in the neighbourhood were responsible for giving it to him. The name is inspired by the 1993 controversial Hollywood hit ‘Poetic Justice’.

There would not be a Chicago Santana without Michael Hughes. Chicago was simply a studio hobbyist when Hughes saw potential in him and gave him career opportunities.

After battling legal Issues through the last few years, Chicago Santana is back on the music scene. He was dismissed on charges of federal homicide, drug trafficking and firearms trade.

Chicago has gone through a lot. This has not deterred people from loving his work. He commands a loyal fan following and routinely sells out concerts along the East Coast of the USA. Word is beginning to spread of these up-and-coming artists down south and along the west coast.

Santana refuses to sign with big labels and industry hegemons. He has chosen to make a name for himself as an independent artist. Chicago has teamed up with fellow rapper Money Pistol to create the record label ATM- short for ‘Advanced Trap Music’.

With a net worth of 500-800k, Santana has already left a lasting impact on the music scene.

Other than entertainment Chicago Santana deals with many business ventures. He keeps involved in trading stocks and bonds, real estate investments. He has taken up a side hustle as an entrepreneur and investor.

Chicago Santana recently dropped two Projects “ Indicted & dismissed”  which features Gucci Mane, Young Dolph, OJ da Juiceman, Q da fool and several more. He also dropped an ep with Grammy-nominated producer Lex Luger called “ Trappid 19”. He has a single out called “ I might”. His music is currently streaming on Bet Jams & East Coast Radio and on all Platforms.
In the relationship realm, the paparazzi frequently spots Chicago on secret vacations and dates with the likes Blac Chyna, artists Dream Doll, and Sukihana, just To name a few. The rapper has never confirmed anything.