Monday, 26 July 2021
You are here: Home Dance with the recent track of TyviOctober ‘Beat Around Da Bush’ 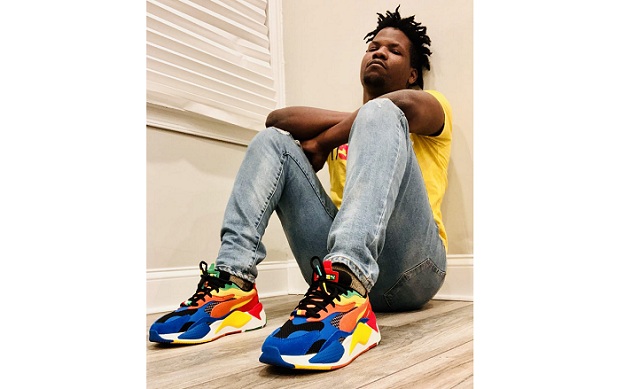 Tyrone Roberts- better known for his name in the music world as TyviOctober is an inspiringly talented Musician who has dedicated himself to music and performing. Through his unforgettable performances and impeccable studio recordings, he has honed his technical capabilities and sound to form one unstoppable force in the music world.

TyviOctober is Philadelphian based music artist who has the crazy love for EDM and Lo-Fi. He started his career with Hip Hop dancing and acting before coming to the music world. Dancing and creating music have been his passion since early childhood. He took the world by storm by his first single ‘Crazy Life’ which received critic appreciation from the globe and won for him fans around the world.

TyviOctober is a creative musician, with his amazing way of creating a class music. When making music, his mind first creates a beat of his choice, and then he writes the lyrics with that beat. The rhyme and beat he practices again and again to improve the overall sound. That is how, he creates his music after so much hard work. In the end, he brings that music into life giving many a people life to dance to his beat.

He has a full promised team­ with producers and beat makers. His team work very hard with him in each project. His love for music in his words goes as, “I love to listen to guitars and piano keys for inspiration; the sound takes me somewhere”.

His recent track ‘Beat around da bush’ is in the market and is already getting positive views and reviews. It has a very chill vibe to it, which everyone is in dire needs of – especially right now.  It’s also for the people who just genuinely enjoy having some reliably chill music in their playlist.  Keep your sights on him, he’s a wavemaker at heart.

About– Tyrone Roberts aka TyviOctober born in Philadelphia PA, October 27, 1986