Explanations about imagination in histrionics according to the famous Iranian actor in cinema, TV, and theater, Pejvak Imani

In the first place, imagination is one of the reasons why people select acting as a career. They like to… 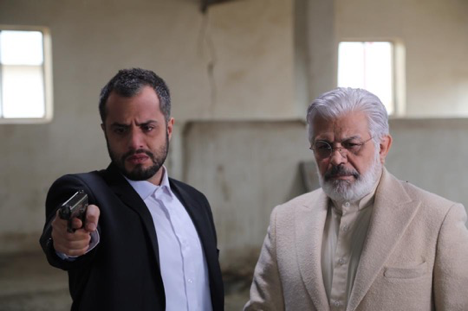 In the first place, imagination is one of the reasons why people select acting as a career. They like to utilize their objectification, those who like to create many worlds. But what is happening to the new generation? Consumerism!! We became a consumer generation that doesn’t feel the need for imagination.

If you consider yourself an actor, you should do more than just reproducing and transferring information. You have to show the world in a new way, to the audience. This is the same for painters, writers, and actors. Remember that the richest place for creating an artwork is in an artist’s mind.

The imagination skill is important in acting tests. The people in the test room expect you to come up with an innovative way of playing, which makes them wondered and excited.

Imagination is a bridge that links the actor to the character. However, because we are used to seeking all the answers for our questions through the Internet, our imagination ability has been damaged and frozen due to the lack of use. Therefore, actors are often given a script that is challenging for them to understand.

The simplest way to improve your imagination skill in acting, is to combine it with observations. Next time when you go out, assign a time to watch people. Choose people who are interesting to you (their style or body gestures for example). Watch them and objectify their life as much as possible.

Pejvak Imani, born on the 25th of June in 1990 in Tehran city. He was the only child in the family. When he finished primary school, he immigrated to Canada with his family. He pursued higher education in MBA at Ryerson University and then started participating in acting and stand-up classes at the YUK YUK’s club. Gaining two years of experience in those classes encourages him to start playing stand-ups and free theater in Toronto. After having some experience in theater, he returned to Iran and started learning under the supervision of great masters of Iranian directors, such as Vahid Jalilvand. Then in 2016, he played a small role in a TV series and after playing several minor and major roles he appeared on the silver screen of the cinema.

He has a famous quote: “Histrionics means becoming, once you start playing you fail.”

Several points about pop music from the perspective of Mr. Shahrokh Kiavash, a pop legend and Iranian musician

Japan’s economy skipped back in front of the Olympics, information shows