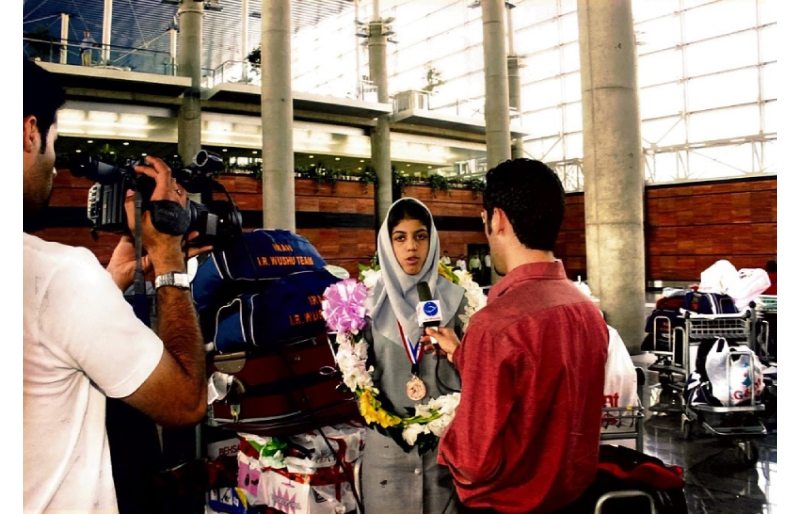 According to the news report, at the end of this tournament, which was held with the participation of 30 teams from 7 countries Our country’s caravan stood on the first platform with a total of 9 gold, 10 silver and 2 bronze medals in Sanshu and Talo divisions. This is while Ali Fathi, Mohammad Heidarnejad, Ali Sahranshin in the men’s section and Fatemeh Dehghani won the gold medal in the women’s section and Farzaneh Dehghani won the silver medal. Elham Sadeghi won 3 gold medals in the talo section in Nan Chuan, Nan Dao and Nan Guen forms. Also, in this section and in the men’s section, Daoud Merqattu and Mohammad Hamed Khoshbakht won 2 silver medals each, and Ghafar Amani won 2 bronze medals for our country’s caravan. It should be said, Fatemeh Dehghani and Saed Siyah Mashtei were recognized as the best fighters of the international wushu competitions in Poland. ** • Planning to hold the first international wushu tournament in Iran, the Secretary General of the World Federation gave a favorable promise to the officials of the Wushu Federation of our country, if the first international wushu tournament is held in Iran, he will register this tournament in the calendar of the world federation and give serious support to it. According to the report, Wang Xia Olin, after watching the performance of our country’s national team in the Polish competitions, during the negotiations he had with the officials of the Iranian Wushu Federation, said: “Due to the high technical and physical strength of Iranian players, if a wushu tournament is held in Iran, it will be recorded in the world federation’s calendar.” It should be said; Plans have been made to hold Iran’s international wushu tournament in October this year