Filmmaker Antoine de Bujadoux: “Awards and recognition inspire me to raise the bar even further”

Every creative artist covets awards as recognition for their work, and nothing beats the validation that global film festivals give. French director Antoine de Bujadoux has been the recipient of several accolades for his exemplary short films and the two spots he directed for the Movember movement called‘Un Vrai Film de Boules’.

Sharing his experience, Bujadoux says, “It is always an exciting feeling to getrecognized for your hard work and achievements. Awards and recognition motivate me to push my creative limits and challenge myself to exceed everyone’s expectations, especially mine.”

Bujadoux is particularly known to infuse comedy in his work, especially when discussing a serious social awareness campaign or a difficult subject. According to him, humor delivers the message effectively and creates a significant impact without a hint ofawkwardness. It also opens up the topic for conversation, as is evident from the video spots he directed for the Movember movement. He shares, “Testicular cancer is a serious subject which men feel uncomfortable to talk about. The videos feature actors from various age groups mouthing funny double entendre dialogues to convey about the disease.” The videos went viral and have drawnmillions of views on social media and TV in France (2018 and 2020). Courtesy of his father,famous French music composer Yves de Bujadoux, Antoine discovered the enchantment of theworld of cinemaat an early age. Awed by the sheer magic and emotions that films evoked, he decided to become a film director instead of following in his father’s footsteps. He concludes by speaking of his love for cinema, “I enjoy the creative process involved in filmmaking and showcasing my vision to the world. I am passionate about my work and look forward to each day with great enthusiasm.” 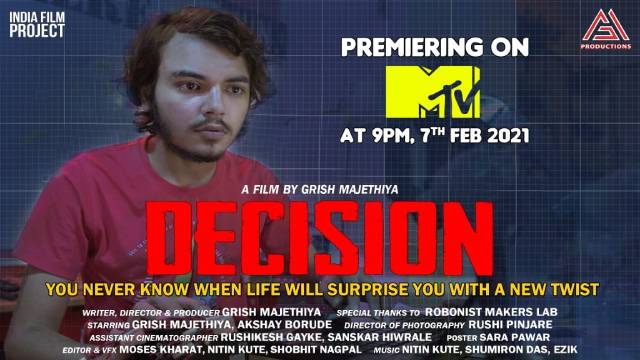