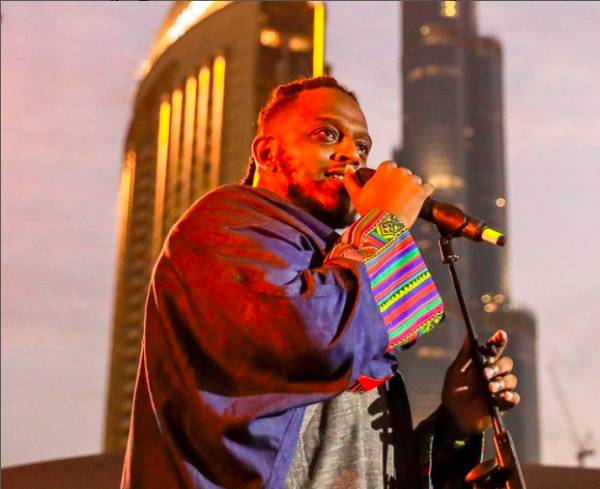 From A 9 Years Old Beginner Poet To An Accomplished Lyricist, Jaysus Zain’s Journey As A Poet

Jaysus Zain is one of the rare artists in this world who are keeping the magic of poetry alive. In a world where there’s so much emphasis on beats and the words are taking a backseat, Jaysus is making sure to make an impact with his poetic talent.

Jaysus was just 9 years old when he started writing poetry and at the tender age of 13, he started performing. After being applauded in the UK, his talent took him to various places as he was invited to perform in Washington DC, New York, Qatar and Kuwait.

The poet who has been quite active in Spoken Word arrived in Abu Dhabi 7 years back. At that time, UAE youth wasn’t too much into it and hence Jaysus didn’t have many expectations. However, he was left surprised by the way things improved over the years.

5 years back during a conversation with Abu Dhabi World, Jaysus Zain opened up about how in the beginning when he became a part of Rooftop Rhythms, it was one of the only open mic nights. “When I first came it was just Rooftop Rhythms and another open mic. Now it’s blooming. I think people started to realise that sharing your thoughts is cool. People usually keep those things to themselves but now they realise it’s okay to open up.”

Speaking about the barriers he has faced in his poetry career, Jaysus said, “When people talk about poetry they think it’s Shakespeare, it’s old-fashioned.” However, he praised Spoken Word and explained how it has helped people connect with poetry. “Spoken word is very easy on the ear. When you hear old-fashioned poems they’re abstract and you tend to study it to find out what the person is talking about. Spoken word, if you think about it, is someone’s thoughts written in the way he thinks about it every day.”

Jaysus Zain has also proved his talent as a lyricist as he penned Charlie Sloth’s Fire in the Booth: The Dubai Series last year. Appreciating his work, Charlie had mentioned, “Jaysus Zain is a name I’ve been paying attention to for a while. He’s a true lyricist and has bars for days! He exemplifies the level of talent coming out of the UAE.”

What is Computed Tomography?

The wait is finally over! Get ready to twirl in the tale of love: Kraj’s new…