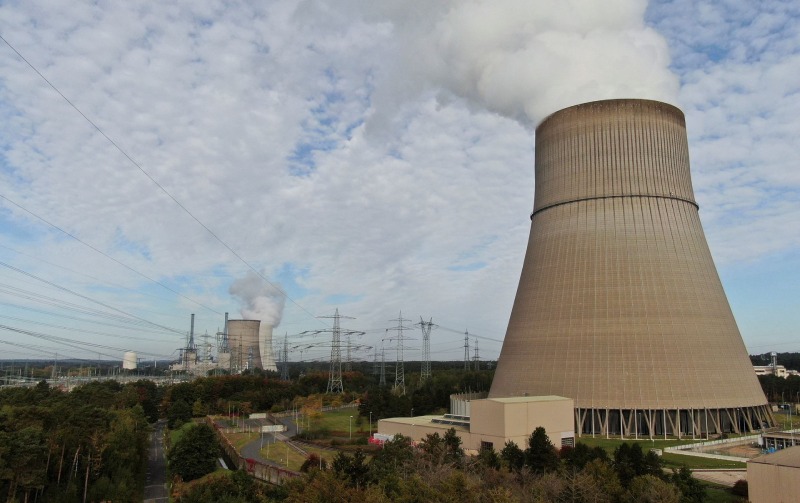 Germany expands the life of nuclear power plants until next April

German chancellor Olaf Scholz has imposed a compromise on the warring partners in his governing coalition by declaring that each of the three of the nation’s nuclear power stations will keep working till mid-April 2023, as Berlin fights to deflect an energy crunch this winter.

The move shows Scholz, a Social Democrat, essentially banging heads together to end a contention between his partners in government — the Greens and the liberal Free Democrats (FDP) — that took steps to fatally undermine coalition unity.

The row went to the core of Germany’s energy emergency, made by Russia’s decision to suspend gas supplies to Europe in retaliation for the EU’s help for Ukraine — which has raised fears of power outages and energy rationing in Europe’s biggest economy.

Germany was because of closed down its three leftover nuclear power plants by December 31, under plans drawn up by then-chancellor Angela Merkel following the Fukushima tsunami and nuclear disaster of 2011.

In any case, the FDP said the facilities ought to be given a respite, contending that it was wrong to take creating capacity offline when Germany was confronting a shortage of energy. Gas and power costs have taken off this year because of Russia closing off gas pipes, driving many organizations to shut down production and setting off mounting fights over rising heating bills. The Greens, in any case, demanded that each of the three plants be closed down as scheduled before the year’s over.

Under pressure from the FDP and the conservative opposition, Robert Habeck, the Green economy minister, later backpedalled, reporting that two of the three — Isar 2 in Bavaria and Neckarwestheim 2 in the south-western state of Baden-Württemberg — would be kept on standby as opposed to close down.

In late September he went further, recognizing that the two facilities would likely need to keep working in the first quarter of 2023. He accused the “tense” circumstance on the French electricity market, where a few nuclear power stations have suffered blackouts.

The FDP, notwithstanding, kept on coming down on Habeck, saying the life of the third plant, Emsden in the northern state of Lower Saxony, ought to likewise be broadened and that every one of the three ought to be permitted to remain online till 2024.

On Monday, Scholz intervened to end the row, saying in a statement that the government would make “the legal basis” to permit Isar 2, Neckarwestheim 2 and Emsden all to work past December 31 — “until April 15, 2023 at the latest”.

Christian Lindner, finance minister and FDP leader, welcomed Scholz’s decision. “It’s in the vital interest of our country and our economy that we preserve all capacities for power generation this winter,” he said. “The chancellor has now created clarity.”

However, Scholz’s move is a bitter pill for the Greens to swallow. Representatives to a Green party conference held over the past few days in Bonn passed a resolution backing Habeck’s plans to keep Isar 2 and Neckarwestheim 2 on standby, yet affirmed the closure of Emsden before the year’s over. In the wake of the vote, Lindner warned the Greens not to set “red lines”.

The Greens had dismissed the FDP demand to allow the plants to run till 2024 on the grounds that that would have constrained the operators to gain new fuel rods — an improvement the Greens said was unacceptable.

Scholz improved his statement on the three nuclear plants for certain gestures towards the Greens. He said the government would present an “ambitious” new law to further develop energy productivity, and furthermore legislation presenting to 2030 the phaseout of coal in North Rhine-Westphalia, Germany’s most populous state. The deadline for coal use in Germany had initially been planned for 2038.

Scholz’s vow expands on an agreement declared for this present month between the government of North Rhine-Westphalia, the federal government and the energy organization RWE.