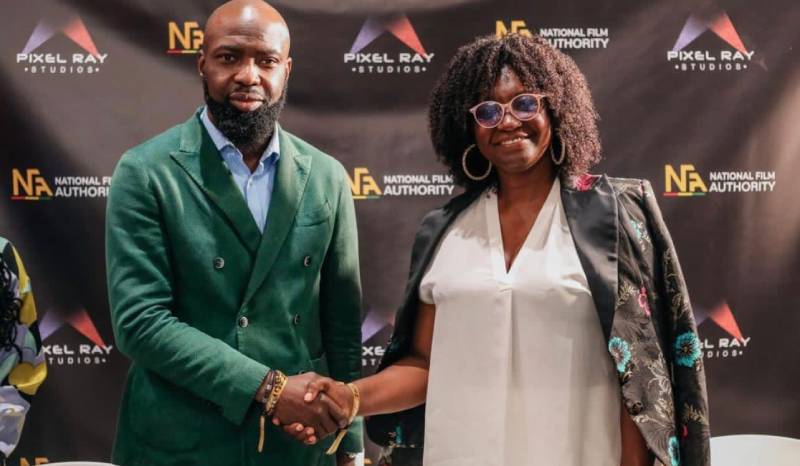 Ghana Soon to Open Gates for Cinema and Content Creators.

Ghana has always been dedicated to creating an ideal cinema-friendly atmosphere for those wishing to use the influence of the silver screen in order to make their impact on the cinematic world. The nation has all that it takes to create a cinema gateway and it has only been reaffirmed with the new agreement between The National Film Authority of Ghana and Pixel Ray Studio LLC as they signed a ground-breaking deal in order to construct a full-service studio that will provide world-class cinematic offerings!

Pixel Ray Studios is a multimedia and content production company which has been created to highlight African culture from a unique perspective, through the production and high-quality creation of movies, shows, and games. This opportunity will help the artists who have unique stories to tell about Africa but are often underrepresented in various forms of media across the continent. While based in Ghana, this company’s ultimate goal is to represent African creative talent on an international level as it seeks to build a Pan-African business that can bring change to Ghana’s film industry while showcasing Africa’s diversity by recognizing the many cultures and specificities of its people.

At a time when Ghana is still attempting to position itself as the gateway to African cinema, this joint venture will yield immense benefits for both Ghana and African film. The collaboration will also create significantly higher employment rates within the local filmmaking industry and it is believed that at least 11,000 new jobs will be created in the area.

Ghana’s rich culture and beautiful natural scenery makes it a country that is suitable for film-making. The NFA understands this, which is why they already have launched the Film in Ghana project earlier this year, meant to create a home-grown presence of filmmakers in the region as well as help increase awareness of Ghanaian culture to those who visit here. It will also ensure the country prospers from its new position of leadership in Africa by means of attracting more international attention to the nation.

Just as the filming is a major step in the production of a movie, post-production work is also important which too will be supported by the studio which will be done by creating 10 sound stages in the area of 200 acres including technicians and people skilled in post production work. Due to Ghana’s low cost and high competency in the film industry, it has developed a strong base in post-production services. The same setup that brings clients from around other parts of Africa will also be able to bring filmmakers from around the world.

777 Charlie influences me each time I watch it: Rakshit Shetty ahead of release