Monday, 26 July 2021
You are here: Home Google is experimenting Memory, a redesign for Assistant to ‘save and find everything’ 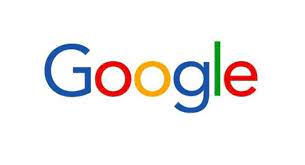 Google is purportedly dealing with another feature for Assistant called Memory, a combination of a to-do list, a notes application, a Pocket-like reading list, and Pinterest-style collection board into a single overarching digital locker integrated into the more extensive Google Assistant application. 9to5Google originally uncovered the feature, which is presently in “dogfood” testing for Google representatives.

While Assistant as of now has a Memory include for saving data (like a bike lock combination or a favorite flavor of cake), the new cycle of Memory seems, by all accounts, to be a significant redesign, one that appears to coordinate the “Collections” feature that went before it and be given top billing on the main menu bar close by Assistant’s daily snapshot view.

The thought is that you’ll have the option to save almost anything, including links or screenshots, pictures of objects or handwritten notes, or digital to-do lists or reminders. Memory will at that point let you search, sort, and return to all that you’ve saved.

Contingent upon what you’re saving, Memory will likewise incorporate logical data: save a formula, for example, and it’ll show the cooking time. Save a film you needed to watch, and it’ll incorporate a connect to the trailer. What’s more, obviously, Google-based things you save (like Google Docs or uploaded Drive files) will get customized preview cards.

To store things to Memory, clients can either utilize a Google Assistant command or a recently added home screen shortcut. Once added to Memory, saved things can be labeled (with classifications like “Important” or “Read Later”) just as arranged or looked to track down a particular thing.

Memory is as yet being tried, and Google hasn’t declared any designs for when — or regardless of whether — it’ll get a public presentation. In an explanation to The Verge, a Google representative remarked: “We are constantly iterating and experimenting with new ways to improve the user experience, but we have no further details to share at this time.”