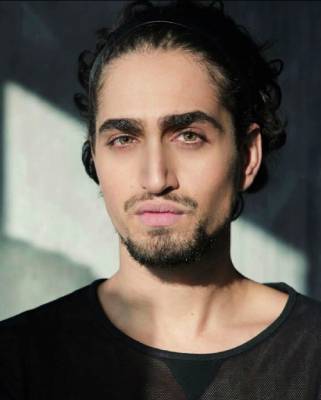 For any fashion industry model, being featured on magazine covers and being internationally recognized is just one of the many accomplished in their career. Being able to influence people positively and present a positive image is another.

Israeli born top model Shon Balaish has accomplished both aspects of this by being dabbling in many things like being an international model, a TV presenter on lifestyle, food, and travel shows, a producer of luxury events and celebrity parties, a jurist in his academic education, and a personality with significant social influence through his social networking sites.

Through his social media, Shon Balaish has made waves in the fashion and entertainment industry by modeling around the world and being featured in Marie Claire, MUSE, Vogue, and Men’s Fashion while also representing Israel with great respect. He wants to use his influence on social media to influence teens and people worldwide by giving tips and recommendations on how to develop and fulfill themselves.

Balaish has recently been in contact with a big reality show in Italy to be part of their team because of his experience as a TV presenter and exposure through an honest and personal article that was broadcasted about him being involved with prestigious brands and lending his expertise to international fashion channel, Fashion TV. Balaish and the reality show are currently in negotiations. Still, he will be heading to Milan, Italy, to shoot for his new fashion collection, meet and work with other models and celebrities.

While modeling and being in the entertainment industry is now his full-time job, he also has experience in academia, being a jurist in his academic education, where he graduated with honors with a law degree. He truly is a jack-of-all-trades by accomplishing many things like maintaining his social media presence with a quarter of a million followers, being an internationally successful model worldwide, and being an eloquent and professional TV presenter and soon to be a reality television host.

To get to know more about Israeli born top model Shon Balaish, people can head to his social networking sites. They can also check out his fashion collection at www.shonbalaish.com.