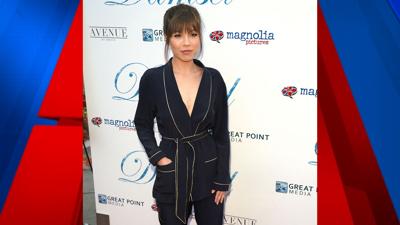 Try not to search for Jennette McCurdy to show up in the planned reboot of “iCarly.”

McCurdy, who played Sam Puckett for six seasons on the Nickelodeon show that finished in 2012, discussed dumping following up on the podcast she presently hosts, “Empty Inside.”

During a new episode with “Mom” star Anna Faris, the pair discussed the “fish out of water” concept where Faris shared how she first broke into the business after she began acting like a child.

McCurdy could relate, saying, “My mom put me in it when I was 6, and by sort of age, I guess, 10 or 11 I was the main financial support for my family.”

“It was very much the pressure of my family didn’t have a lot of money, and this was the way out,” she said, “which I actually think was helpful in driving me to some degree of success.”

McCurdy said she never truly wanted to be in the business and stopped acting a few years prior to have a go at writing and directing.

Acting was hard for her at first, she said, in light of the tension she had – particularly with auditioning.

While she ultimately went on to co-star with Ariana Grande on Nickelodeon’s “iCarly”/”Victorious” spin-off “Sam & Cat,” McCurdy said acting made her need to put her “own emotions on the back burner” to focus on the character’s.

“I ultimately quit after my mom passed away, because with her death kind of died a lot of her ideas for my life, and that was its own journey and a difficult one for sure,” McCurdy said.

The entire experience led her to say: “I resent my career in a lot of ways,” and left her feeling “so unfulfilled by the roles that I played and felt like it was the most just cheesy, embarrassing” thing.

Faris inquired as to whether she would be enticed at all to get back to acting.

McCurdy said she wrote a one-woman show and ended up acting in it in spite of being anxious.

“I think that one-woman show would be the most of it,” McCurdy said.