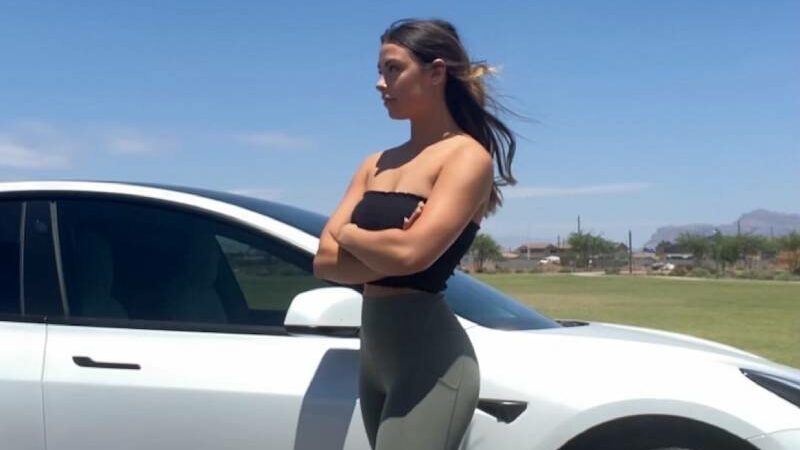 Mari Grace is a 20-year-old social media influencer, entrepreneur, model, and a well-known social media celebrity in the United States. She was born on September 20, 2000. She originally belongs to Waukesha, Wisconsin, but grew up in New Hampshire along with her brother and her mother. Mari moved to Arizona to live independently when she was only 18 years old. Soon after moving to Arizona, she grew eager about social media and entrepreneurship and started out as a social media influencer on TikTok and Instagram. Mari Grace is now a famous TikTok content creator who has expanded her reach to include YouTube, Twitter, Snapchat, Instagram and other platforms.

Mari Grace recently started her business ventures in the fields of real estate and other stock market investments. This is the reason for the majority of her success. She currently also has many digital assets, such as cryptocurrency. Moreover, she is leveraging herself through real estate, rental properties, and a new venture in flipping/renovating properties. All of this has worked out well in her favor, and her business ventures have been very successful so far. Mari Grace’s net worth and earnings have not been independently checked. Her net worth is also being investigated. Despite this, the young star is interested in modeling, social media sites, entrepreneurship, and working towards building her wealth with rental properties. As a result, she has several sources of income.

Social media has been the most significant outlet in her success. However, achieving a valuable social media presence is no piece of cake and requires dedication and creativity to excel in such a large community. And along with the struggle of making yourself visible comes the discouragement from people all around the world. Yet, all of this still did not stop Mari Grace from working on herself and making up an identity independently. Recently her followers have exceeded almost 1m on TikTok and around 100k on Instagram, making her one of the most followed influencers on both social media. Since its inception on January 3, 2020 her YouTube channel has also quickly amassed over 14.4K subscribers and 617,000 views. She also joined Twitter in August 2018, and currently, her Twitter account has over 1000 followers.

She is still thriving each day and is known to be a very passionate entrepreneur who isn’t afraid of taking risks. Her online community considers her a helpful and gentle person who inspires all the young entrepreneurs out there. Her business ventures can also be seen as an inspiration for all the people afraid to take risks because of ultimate failure. She encourages youngsters to get out of their comfort zones and to work on themselves. She is well-loved by her fans globally. Mari Grace is an exceptional example of how entrepreneurism can be revolutionizing in today’s world and how social media can help you achieve your dreams.