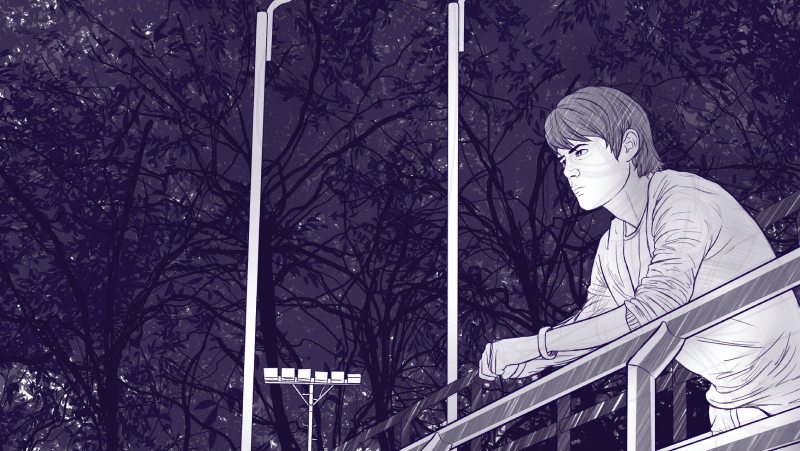 MC JOZEPH AND HIS ROMANTIC RAP

José Alejandro Meza, better known as Mc Jozeph, began his musical career exactly 10 years ago. He never thought that a hobby would turn into a promising artistic career.

His story begins in the south of Colombia, in a town called Santiago, province of Putumayo. He has always been attracted to reading poetry, listening to rap and romantic music; he used to dedicate songs and verses of famous authors to his first high school loves, but little by little he realized that these did not express exactly what he wanted to say, so he would discover a hidden talent: writing his own love poems.

At the age of 15, he wrote his first poem, a writing of 25 stanzas. He thought that his girlfriend would not want to read such a long text, so with the aid of the internet he looked for tutorials on how to record a song; he knew that rap was what he did best when singing and with only a web microphone and a fat computer, he recorded his first song in early 2012: “Our History”, a song that he uploaded to YouTube just with the idea of being able to easily send it to his girlfriend. Since he had made a song and became a “rapper”, he ironically decided to create an artistic name for himself, so he used the “z” from his last name and added it to his name in English, looking like this: Jozeph.

The song fulfilled its purpose by being dedicated, and that was the end of that matter, however, after almost two months had passed, he noticed something unexpected: the song had begun to add more than 20 thousand reproductions on YouTube, something that, for a newly created channel and such a rudimentary quality, was really surprising for him. He had continued writing, and seeing that success, he decided to turn his other poems into songs and upload them to his channel; in this way, little by little, the followers were arriving.

Over the months he increased his recording quality and composed songs that would become iconic on his channel, such as the song “You’re better without me”, which has more than 11 million views today, and his song “You left without knowing” that has already passed 10 million views. The anime-inspired graphic design on the covers has been a characteristic wink in his videos, and gradually, this has also been leveling up in his productions.

Today his career adds up to more than 80 songs of his authorship and he has collaborated with artists from all over Latin America and his YouTube channel, to date, has more than 550 thousand subscribers, being listened to in several Spanish-speaking countries. The rap that characterizes him are the stories of love and heartbreak, songs of happy courtships and painful betrayals, capturing in his lyrics the experiences with which his followers identify or have identified at some point in their love life.

Over time, his musical career had changed speed, as the new songs were fewer and fewer as his university career was progressing (Jozeph studies medicine), but this did not prevent him, in recent months, from continuing to write his return, as this artist is preparing a new musical album for the end of this year, one that will collect his romantic beginnings, his evolution and lyrical.

If you want to follow this Colombian artist, look for him on all social networks and music platforms as Mc Jozeph.

Why SMILE eye surgery is better for dry eyes.