Tuesday, 18 May 2021
You are here: Home Nakul Panwar touching the heights of success as an athlete 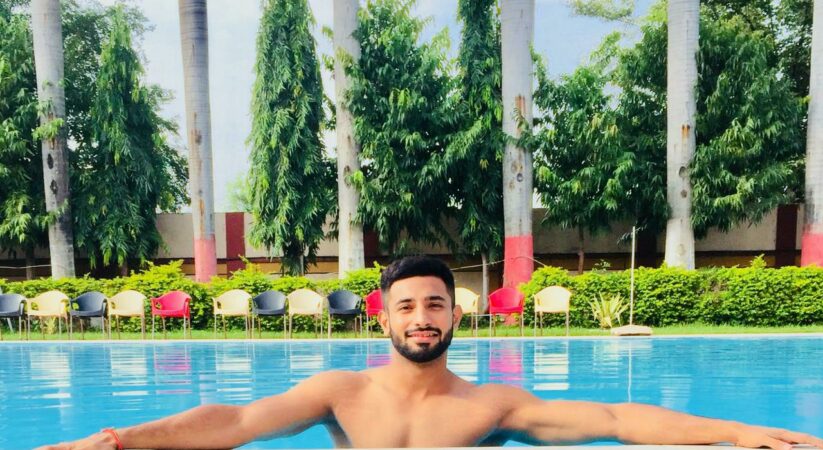 Nakul Panwar was born on 4th of August in the year 1998. He was born in Ailum a town in the district Shamli of the State Uttarpradesh. His hobbies include practicing taek-wondo, going to the gym, watching movie and eating his favourite foods. He describes himself as I’m blessed with so many thing, and I go to any extent to get what I want. He is graduated from Carlox Teacher University under the programme of Bachelors of Arts, where he scored 66 percent. He also exclaims that there were many difficult phases in his life but he always stayed cool and had a peaceful mind that helped him get through his problems. He also tells that he is always motivated to do such stuff always when he looks at those medals he got for his country.

He was always surrounded and was mentored by really good people like his coach Mr. Sandeep Kund and his big brother Parkash Nanjappa. He got overwhelmed when he became a champion in the Commonwealth Games. His dream only comprises of becoming an all time Olympic Games Champion. He always believed in his hardwork and never really cared about what other people thought of him. He never believed in any kinds of short cuts or things which can get you to success in a very short spam of time. He also comments that Whatever work you do, do it with hard work and dedication, Whatever you want to achieve in your life, you will definitely get it one day if you have worked on it with full vigor and hard work. He has also suffered from his arm ligament was broken at the 2013 National, At that time he felt as if everything was over, That time was very challenging and struggling for him, But he did not give up and he stood back.