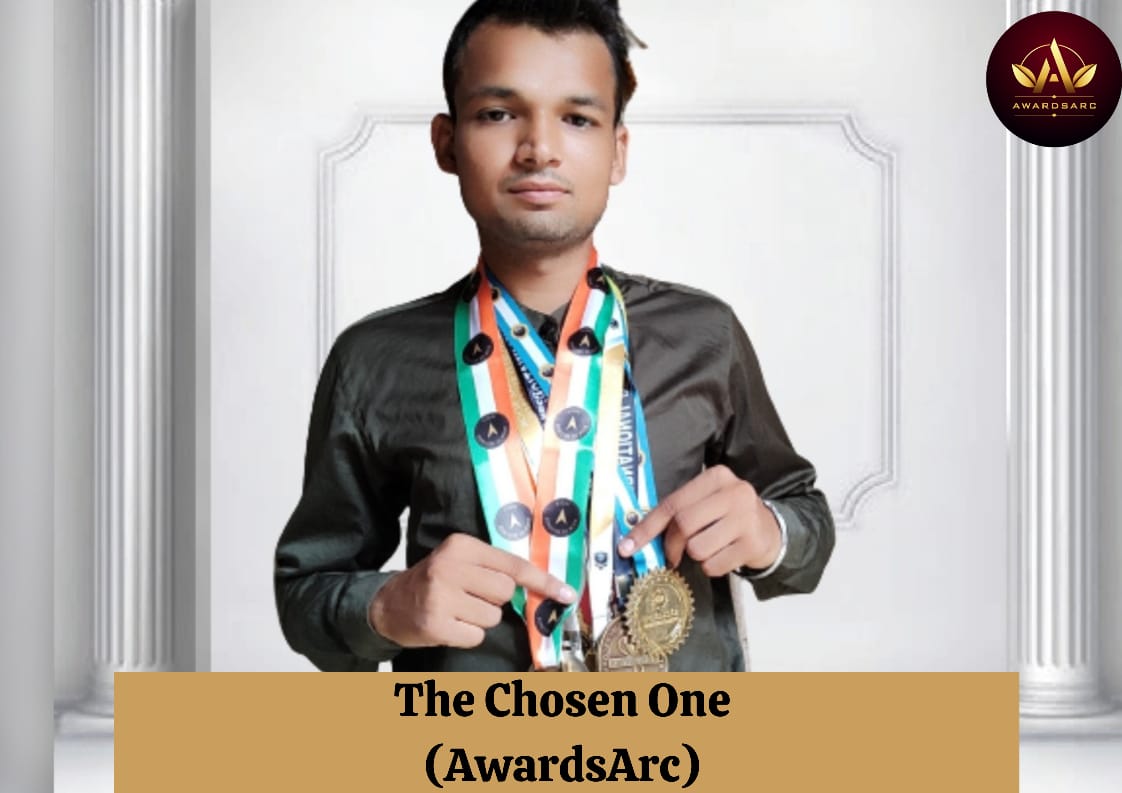 Non-Stop Achiever Raghav Chauhan is THE CHOSEN ONE – AwardsArc

In this world, people struggle to an extent that we can’t even imagine and at that time, you either surrender before situations takes place or fight fiercely.

Raghav Chauhan is one of them and his inspiring journey led him to be one of THE CHOSEN ONES by AwardsArc.

Raghav Chauhan belong to a middle family. His father is serving the country with the most precious title- Farmer and his mother is a housewife. They live a simple life in a small village of Moradabad. Raghav started his journey 3 years ago, by writing inspiring and spiritual quotes on YourQuote App.

2 years ago, he was approached by a writer to join an anthology. Raghav took his steps slowly, but they were strong enough to build a landmark. From a co- author, to a compiler and then a record holder. Raghav successfully compiled 3 books and his anthology ‘Seasons of heart’ got 5 World record titles for being the first book with Acronym Poetry Style. Raghav is also awarded by Many National Awards such as “India Glory Award2021, India Prime Authors Award 2021, Best Achiever of the year 2021 by Awardsarc, All India Best Writer Award 2021 by Team Profound Writers, Sahityakosh Samman2021 by Ne8x litfest” etc.

Everyone finds a source of motivation in their Life and fortunately, Raghav found his motivation in holy spiritual books like Ramayana and Gita. He is a motivated person because he has been helpless before but he never gave up. There was a time, when his father was sick and he tried to do every possible thing and in the end, he made ultimate sacrifice by leaving his studies behind and worked in a private Industry to help his parents financially and take care of their medical expenses. Here, he proved that apart from being an amazing writer, he is an honest and caring son.

Surprisingly Raghav is inspired by something that becomes the reason for everyone’s fall i.e poverty. He said, “Poverty is the biggest inspiration in my life because it never stopped me and created a passion to reach at peak of success, where I threw it and it can never came back in my family.”

Raghav is a person with a lot of motivation and dedication. He keeps his words so beautifully and purely and that is the reason he’s a successful writer and that only led him to be one of THE CHOSEN ONES by AwardsArc.

We might see Raghav Chauhan as an inspiration in future.

Nipsita Panda makes it to be one of THE CHOSEN ONE by AwardsArc.

How to Work With a Nonprofit Staffing Agency? Is It Beneficial?