Saturday, 24 July 2021
You are here: Home Not all Models are to be judged wrong – Upasana Sankhwar 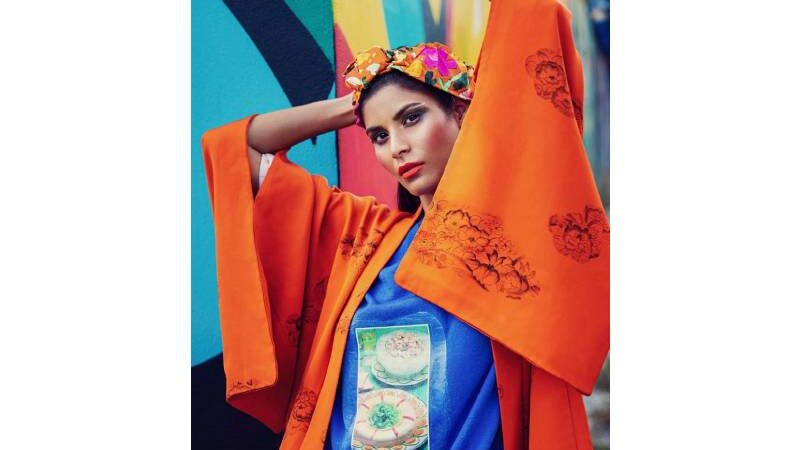 Indians and their typical stereotypes have from generations been a huge obstacle in the paths of success for many women. Even after living in the twenty-first century people of India possess a mean stereotype for models and career in modeling. But this talented model, shut all the negativity coming from the people holding their orthodox opinions about modelling. Even though the industry is diversifying its beauty standards, Indian don’t seem to be changing their preconceived notions. It automatically becomes difficult to make your mark in the world where everyone is there to pull you down. But Upasana Sankhwar proved everyone wrong.

Upasana Sankhwar was born on 21 February 1994  in a small town, Kanpur, Uttar Pradesh, India. Her family comprises 3 other members, her father who is a police officer, her mother who is a simple house wife and her brother who works in a bank.  She completed her schooling in her native town. After her school education, she completed graduation in B.Com

Immediately after her graduation, she took the air hostess training in Lucknow from where she ventured into the world of modelling. Uapasana Sankhwar, then moved to.New Delhi for ramp walk shows, then to Mumbai and finally to Milan. Her numerous achievements are as follows:

In 2018, Upasana Sankhwar made her first appearance on the international stage with Miss mermaid International and won Miss Mermaid Asia 2018. In the same year she won the award of

With these immense accomplishments, Upasana Sankhwar is a very subtle and funny person. She likes being sarcastic in a  humorous way. She was recently asked that, “what would she do with $25000″ and her answer clearly depicted her empathy and benevolence towards people. She said that ” I am from India and looking at the current situation regarding the dangerous widespread of the coronavirus, I would like to donate this money to covid patients who are in a desperate need of beds and oxygen cylinders.”  Even after being immensely accomplished Upasana Sankhwar is deeply attached to her roots and her culture, which is clearly reflected by her answer.

Though she is deeply rooted with her culture she still makes some comments on the Indian society  and the conservative caste system. Upasana Shankwar holds the opinion that Indian people have their own stubborn notions about the modelling world and for the girls working as models. Upasana aims to change this orthodox mentality of the people and make them realise that every occupation is important and deserves to be respected. As she belongs from the lower castes of the Indian society i.e., Schedule Caste her being a model is an even larger issue in her community. People of the Schedule Caste are objectified to be labourers or small scale workers. Specially the girls of this caste are undermined and not weighed as an  equal. But with Uapsana rising and shining at the top she broke the shackles of the mean Indian mentality.

This immensely talented and skillful model, believes in Buddhism. She is of the opinion that Buddhism brings one’s mind and soul to peace and helps them to conquer the world. She strongly believes in herself and her determination to reach to the top.  Upasana Sankhwar’s story is full of struggles and hurdles created by the society but she overcame all those difficulties and now is a well- known, renowned and  beautiful model in the world. She proved her metal not only on national level but on international levels as well. Upasana Sankhwar is the epitome of confidence, determination and resolve to break the set orthodox notions of the Indian society. She inspires many people to follow their dreams despite whatever the society says. This gorgeous and amazingly talented model is a shining star in the modelling industry and successfully manifested that if one is determined enough, they can achieve anything and also where there is will there is a way.