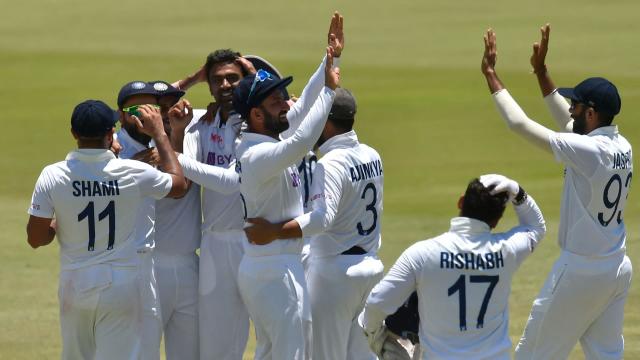 India seamers Jasprit Bumrah and Mohammed Shami accepting three wickets each as the tourists bowled South Africa out for 191 to guarantee triumph by 113 runs simply lunch on the fifth day of the first Test at Centurion Park.

South Africa had continued on 4-94 pursuing a venue record 305 for triumph, however missed the mark regarding their objective on a fiery wicket that had a lot of assistance for the bowlers.

Dean Elgar (77) and Temba Bavuma (35 not out) gave them some expectation in the morning session yet India’s vaunted pace attack used the conditions eminently and ultimately facilitated their side to an agreeable success.

India accomplished their triumph in spite of the whole second day of the Test being cleaned out because of downpour and take a 1-0 lead in the three-match series.

India are looking for a very first series win in South Africa, where they first visited in 1992-93.

“We got off to the perfect start and getting a result within four days, with one day washed out, shows how well we played and how motivated we are,” India captain Virat Kohli said.

“The discipline the batsmen showed … we knew anything over 300 or 320 (in the first innings) would be a top total. We had a lot of belief in our bowling unit. The way these guys bowl together, it’s just a hallmark of our team.”

Kohli had special recognition for Shami, who took 8-107 in the match.

“He is a world-class talent,” he added. “He is easily among the best three seamers in the world right now. He seems to get more out of the pitch than anyone else and bowls in areas where you can’t leave the ball.”

South Africa began day five consistently before Elgar’s four-hour stay was finished when he was trapped lbw by Bumrah (3-50).

“We did a few things wrong, with bat in hand we let ourselves down quite a lot, but there are also a lot of positives to take out of this game and into the next few (Tests),” Elgar said.

“It’s not all doom and gloom for us, we have put ourselves under pressure but that is generally when we thrive.”

Later his takeoff Quinton de Kock took the attack to the bowlers with a blustery 21 from 28 balls, yet played onto his own stumps for the second time in the Test, on this event off Mohammed Siraj (2-47).

Wiaan Mulder (one) didn’t last long, and later the lunch interval it took India just two overs to get the last three wickets.

Spinner Ravichandran Ashwin (2-18) at long last observed a way into the game as he got the last two batters to fall in successive balls.

Oil sets out toward biggest annual gains beginning around 2009