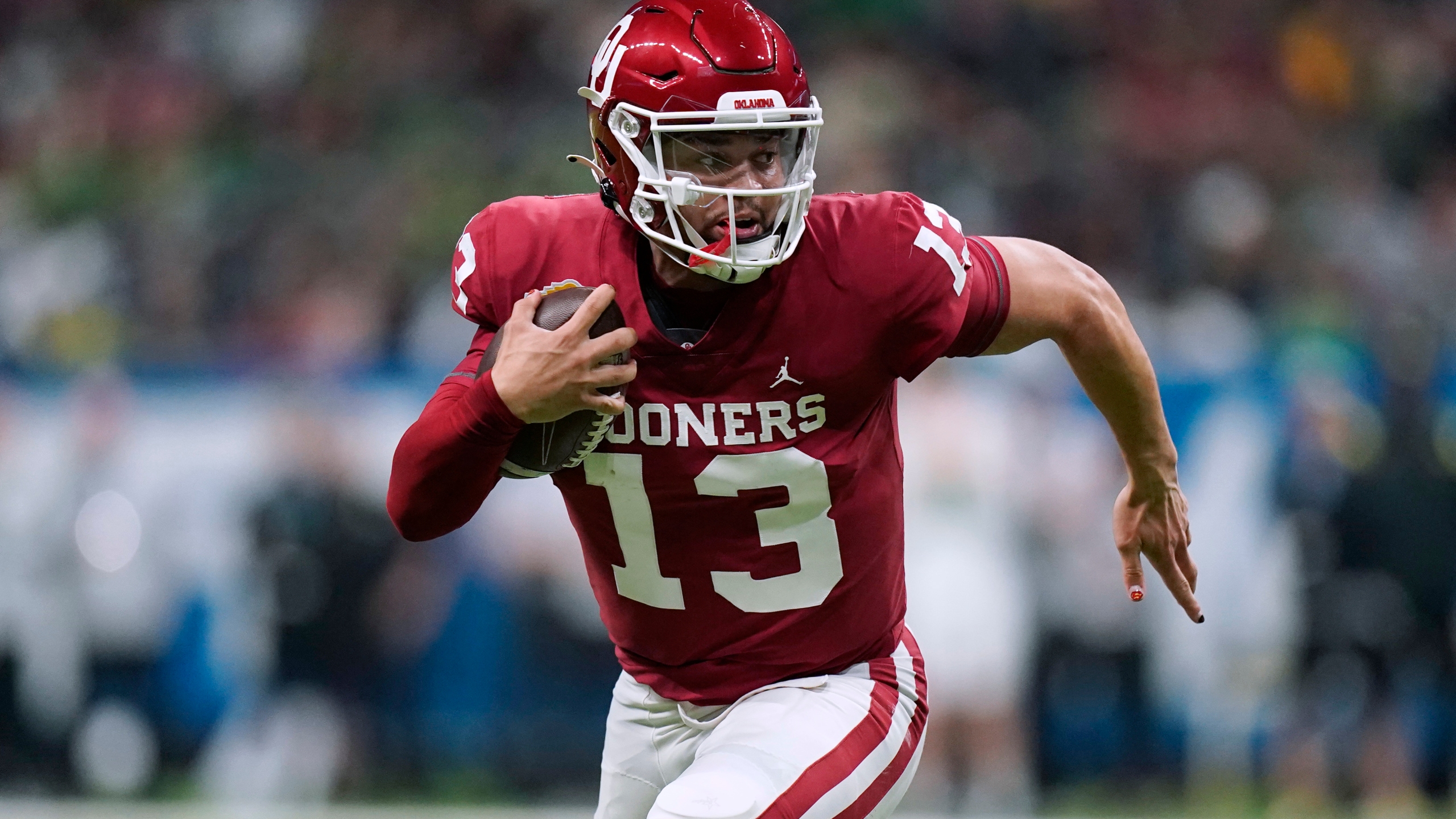 QB Caleb Williams chooses to enter the transfer portal, however, will keep Oklahoma football a choice

Oklahoma quarterback Caleb Williams declared on his Twitter account Monday that he is entering the transfer portal however that he will keep the Sooners as a choice.

Williams passed for 1,912 yards and 21 touchdowns with only four interceptions subsequent to supplanting Spencer Rattler as the Sooners’ starter this season. Rattler moved last month to South Carolina.

Williams, a true freshman this previous season, said in his tweet that he went to Oklahoma with a game plan, “but with all of the recent changes, I need to figure out what is the right path for me moving forward.”

Williams said that remaining at Oklahoma would “definitely be an option” as he goes through the process. He clarified that, as a student-athlete, the only way under NCAA rules he could speak to different schools and “see who may offer the best preparation and development for my future career is by entering the portal.”

Later Lincoln Riley left unexpectedly to take the Southern California coaching job toward the finish of November, the Sooners supplanted him last month with Brent Venables, the previous Clemson defensive coordinator. Venables got Jeff Lebby from Ole Miss to be the Sooners’ offensive coordinator.

Venables and Oklahoma athletic director Joe Castiglione made a joint statement Monday that read in part: “While we believe OU provides Caleb the best opportunity to develop as a player and realize his goals for college and beyond, we respect his right to explore his options following key staffing changes here.”

The statement likewise specifies Lebby and alludes to him as “one of the most elite offensive coordinators and quarterback developers in the country.” Lebby played a key role in Ole Miss quarterback Matt Corral’s development.

In what could be Williams’ finale with Oklahoma, the quarterback threw for three touchdowns with interim coach Bob Stoops watching the sideline last week as the Sooners raced past Oregon 47-32 in the Alamo Bowl, covering a 11-2, yet topsy-turvy, season.