Sunday, 13 June 2021
You are here: Home ‘Shazam! Fury of the Gods’ teaser uncovers the first footage from the superhero sequel 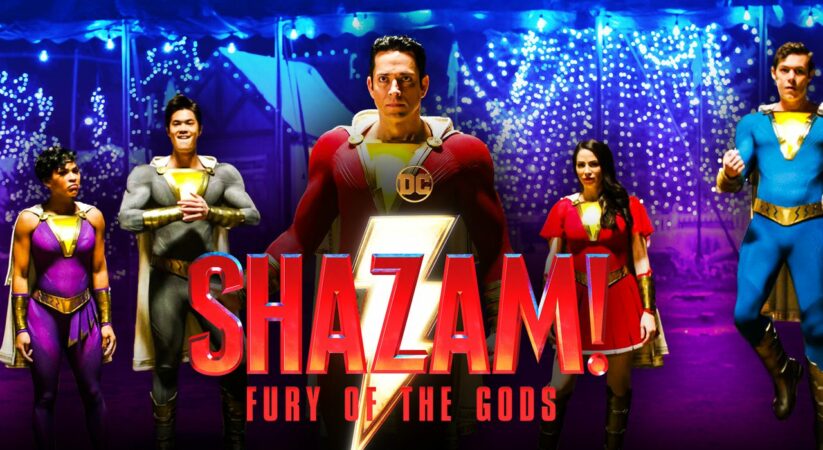 Shazam! Fury of the Gods director David F. Sandberg has released a brief look at Zachary Levi’s costume in the upcoming WB sequel.

The clip is incredibly short, flaunting Shazam’s boots, gloves, and chest, prior to showing an outlined Levi. Recently, photographs were likewise uncovered of Levi on set in a new suit. This new red-and-gold outfit features a more modest lightning bolt extending away from his neckline, notwithstanding a gold band around his waist.

This is the first look we’ve gotten of Shazam since the 2019 film, Shazam! acquainted the character with the DC Universe. Notwithstanding the return of Levi, Shazam! Fury of the Gods will likewise include Asher Angel, Jack Dylan Grazer, Adam Brody, Faithe Herman, Meagan Good, Grace Fulton, Michelle Borth, Ian Chen, Ross Butler, Jovan Armand, D.J. Cotrona, Marta Milans, and Cooper Andrews. Joining the sequel is Helen Mirren as Hespera, Lucy Liu as Kalypso, and Rachel Zegler. It is accepted that these three daughters of Atlas could be the villains of the sequel.

Shazam! Fury of the Gods is only one of numerous DC films coming soon. This year, we will see James Gunn’s take on The Suicide Squad when it hits theaters on August 6. One year from now, we will likewise see Black Adam, The Flash, and Aquaman 2, all before the release of the second Shazam! film. The way that we’re getting this fast bother most likely has something to do with the in the background photos uncovered today.