Wednesday, 14 April 2021
You are here: Home The Success Anatomy of Entrepreneur Salvatore D’Amelio 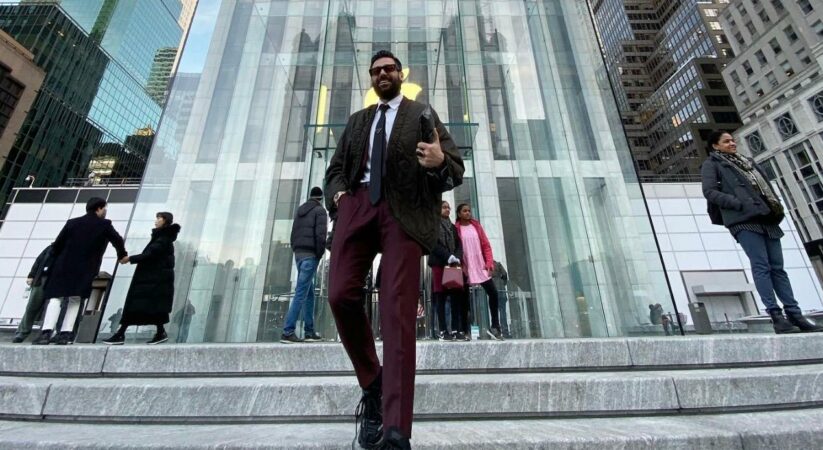 Salvatore D’Amelio is a 37-year-old Italian entrepreneur who is inspired by his father. His father was a fashion entrepreneur, he followed him in his footsteps and his influence, drawing inspiration from his work. Salvatore’s success has been the evolution of his fathers work.

Salvatore’s company does many things, but their main focus is on streetwear clothing. Their other main focus is iconic pieces of streetwear clothing. Their clothing is very appealing and has its own unique style of fashion. They are confident their clothes will gain attraction from others, but that doesn’t change the fact that it is made with love and from the personal style of D’Amelio.

Some things that D’Amelio has been able to achieve during his entrepreneurial journey is personal experience and wealth to tackle new projects head on. He also got to experience the respect and satisfaction of creating a workforce in his country. These achievements have been some of the ones Salvatore has been very proud of.

Some challenges Salvatore has faced as an entrepreneur is envy at the beginning and opportunism later. People around him being envious and negative is definitely hard to deal with, and learning how to deal with this can be even harder, especially when he was younger. Having to wait for opportunities was very difficult as well, as he had to learn to trust the process and keep his head up no matter what the circumstances looked like at the time.

One of D’Amelio’s main tips for successful habits is going to the gym, this will help him physically and help ease his mind, releasing stress. He then adds he enjoys listening to music in the car as it can be soothing, especially since he is a huge music fan. Salvatore mentions some of the things he loves collecting, some of the things being sneakers, luxury watches, cars, clothes, and design objects. D’Amelio comments how he loves tattoos and taking pictures. The last thing he mentions that he loves doing is shopping and looking at beautiful things.

Advice to someone just starting out

If Salvatore were to give one piece of advice to someone just starting out it would definitely be to never stop dreaming. That is one of the most important things but other important pieces of advice he added was to believe in your projects, after that he adds “as long as we are innovative and unique we will be successful.” Being patient can be one of the most nerve wrecking ones but Salvatore states how it is very much needed inorder to achieve your goals. Lastly, he ends this note on never losing your focus, no matter what.