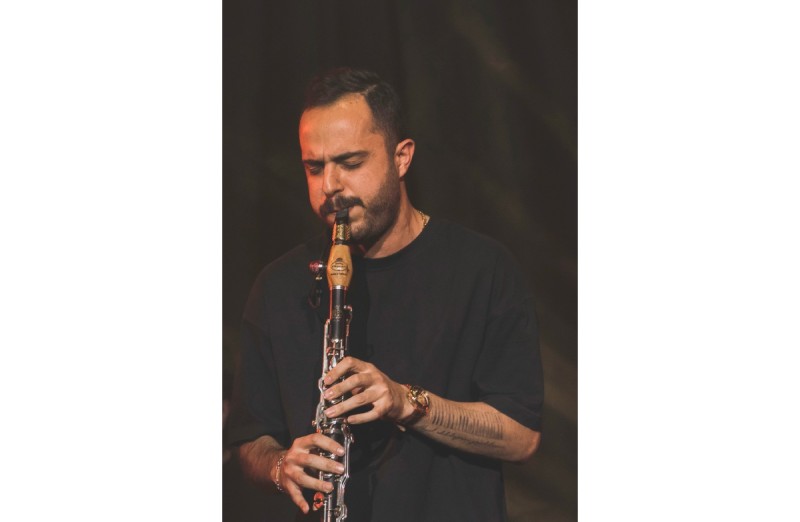 The beauty of instrumental music is that it allows you to express how you feel, Mohammad Zarnoosh is of the opinion that: By performing songs without words, you allow the listener to think as he likes, everyone creates his own image of that music in his mind, but in works with lyrics, he forces you to know a specific subject.

Music is a language to express our feelings. Mohammad Zarnoosh shows how to convey his innermost feelings to the listener.

G clarinet is one of the lowest tunings of clarinet, because of the sound of this instrument, it is usually used in oriental music.

The choice of G clarinet for him is due to the fact that he is more interested in the atmosphere of oriental music and the sound of this tune is close to oriental music.

MY FEELING ALBUM, ROMANTIC AND EMOTIONAL MUSIC BY MOHAMMAD ZARNOOSH

The works that he released in his latest album were his own compositions and compositions by prominent Turkish composers.

In this album, Mohammad Zarnoosh used famous Turkish musicians, he did all the recording, mixing and mastering of this album himself. He held many performances with the music group that he leads in connection with the album “My Felling “.

Mohammad Zarnoosh has always performed the perfect clarinet on stage, and because of this position, he is considered one of the special musicians of this instrument.

HOW MOHAMMAD ZARNOOSH PLAYS THE CLARINET

In addition to playing the clarinet, Mohammad Zarnoosh also plays piano, violin, saxophone, and guitar. He has played other instruments besides the clarinet, including the piano and guitar, in many concerts with great singers.  Mohammad zarnoosh plays the guitar in famous song “Behet ghol midam” by Mohsen Yeganeh, which has more than 150 million views on YouTube.

Mohammad Zarnoush knows that the main factor in the impact of music is the expression of emotions, he always tries to show his audience his love and interest in music.

CONCERTS AROUND THE WORLD

Mohammad Zarnoosh has had concerts with many famous singers in countries such as Australia, Germany, Turkey, Holland, etc. He played the clarinet, saxophone, and guitar in many of these performances.

Mohammad Zarnoush is preparing two new albums.  The first album is derived from 3 very famous nostalgia songs, and the second album is one of his own creations, which is a fusion of eastern and western music.

He was born in 1992 in Iran. He started learning music at the age of 7, learning instruments such as piano, guitar, clarinet and saxophone. He first studied with the best clarinet masters in Iran and then went to Turkey to learn the clarinet. He learned Turkish clarinet and Turkish style .Mohammad Zarnoush’s first album called ( my feeling ) was released in 2021. In this album, he collaborated with the best musicians of Turkey and Iran. He collaborated with the most famous Iranian singers in many concerts He has performed concerts all over the world with well-known artists such as (Mohsen Yeganeh), (Mohammad Alizadeh) and (Ehsan Khajeh Amiri).

He also played guitar with Mohsen Yeganeh in the popular music video (I promise you).

He works in composing and arranging. He composed a lot of music for many singers, the name of his personal studio is Logic Studio. He is the leader of the mahoora band , which includes instruments such as the clarinet, the baglama, and the kanun . He has performed extensively with mahoora.