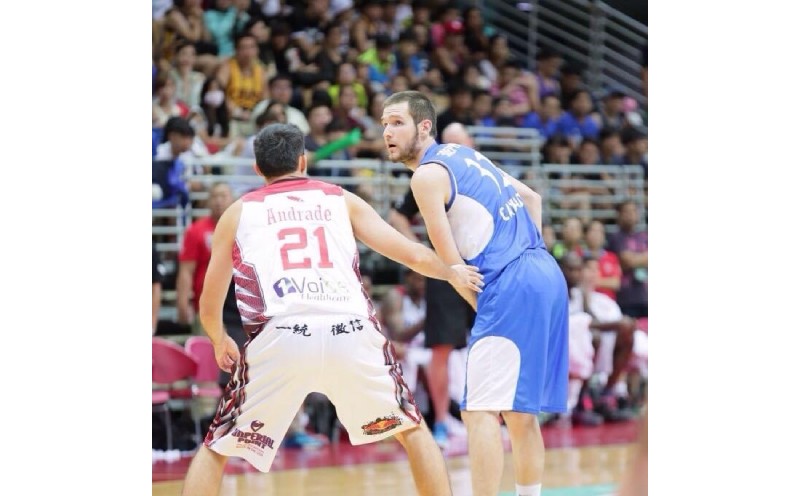 For this young man, basketball wasn’t a love at first sight. Aged 12, he got on a basketball team purely by accident and was dying to leave just a week later. He stuck it out because he was terrified of having to confront his coach and eventually “something started to happen”.

– Andrei, do you feel like you’ve achieved all your basketball ambitions or are there still goals you are trying to reach?

– As one of my coach Nenad Trajković (former assistant coach in Phoenix Suns) used to say, it’s important to stick with it. I’m still young and ambitious. I have ideas for projects that I’m planning to develop in the United States. My career as a player and then later as a children’s coach and a manager has prepared me for the future.

– What sort of projects do you have in mind?

– One of them is a basketball center I’m planning to open in Jersey city. I’m currently working out the details of a leasing deal and am excited to get this project off the ground.

I’m also putting together a 2-round basketball tournament called 1Х1. The plan is to make it a monthly event so that the children and grown-ups from New York and New Jersey can have access to basketball year-round.

Besides, I also want to create a basketball program for indigenous people with the goal of setting up basketball camps for children from indigenous communities. I have done a similar type of work before and have recently partnered up with the BATANI fund.

– What keeps you busy these days?

– I provide one-on-one coaching sessions for children and adults perfecting my teaching methodology and getting ready to evangelize it in the US. Also, I want to participate in some coach’s clinics soon.

– Let’s talk about your methodology. What makes it unique?

– I practice a targeted approach where I isolate each play element (dunking, dribbling, strength training, etc.) and focus on it for the duration of the entire training session. It’s more effective than simply sorting the kids into two teams and giving them the ball.

– Do you think this method will go over well in the US?

– Absolutely. The US is the birthplace of basketball and a world leader on the global arena. But many top NBA players – Luka Doncic, Nikola Jokic, Giannis Antetokounmpo, Dennis Schroder, Bogdan Bogdanovic, Rudy Gobert, etc. – started their careers in European basketball. The European school gives players a deep understanding of the game that allows even not the most naturally gifted players to play at the top level.

Just look at the 2022 Western Conference Finalist, Luka Donic. He’s not banking on his natural physical ability and speed alone. He’s an intelligent player who can dominate the game by using his basketball IQ. That’s what my methodology is focused on – developing smart basketball players.

– How did you form your coaching philosophy?

– When I was still playing competitively, I had to undergo two surgeries on my knees. After that, I recovered and went on to win the Superleague final, the national streetball cup, and was chosen to play for the national team in William Jones Cup in Taiwan.

– And how did you manage to accomplish that?

– I was a smart player despite not being the fastest, strongest, or most athletic one.

– Are you a strict coach?

– I am forgiving. Anyone can make a mistake, especially kids when they’re learning. It is important not to make the same mistake twice though.

– Playing professionally takes a tremendous toll on one’s mental health. How do you deal with emotional burnout?

– My advice is – just switch to doing something else. I got the TESOL certificate so that I could teach English to my younger sister, I love traveling and have visited almost all US states except Hawaii and Alaska. Being able to do something outside of basketball is a nice way to recharge.

I’ve even tried taking a few piano classes because I’m a big jazz fan but I’m afraid my fingers are much better at gripping the ball than using the piano keys (laughs).

– Final question. What is your biggest goal in life?

– I want to achieve self-actualization as a sporting coach and manager. One of my biggest ambitions is to raise my own basketball team and for one of my players to get picked for the 3X3 Olympics.