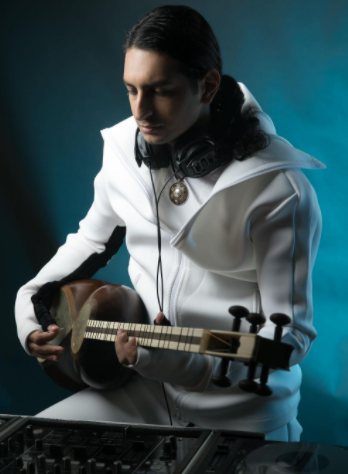 Zafrir is Revolutionizing the Game for Producers to Come

When you think of a musician you typically don’t think of someone who has the ability to play over 20 different instruments that can be used at any point in time. Well, that’s what makes Zafrir a standout artist. From writing to composing, to mixing and mastering, he can do anything. Not many times, if ever, do we see someone like Zafrir with an extensive list of talents and he’s using it as a way to navigate the music industry his way.

Originally, at age 16, Zafrir started getting into music. He was starting to immerse himself in all thing’s music at that time. He would get everything he could get his hands on. New sounds, new technology, and new rare Tribal musical instruments from all over the world are some of the unique fields Zafrir learned as he developed his knowledge base.

Zafrir uses his skills and expertise today to put together the world of electronic music with various cultural vocals to produce a sound unlike any other that has been heard before. As he wants to get people together with his music, Zafrir focuses on making music out of love. It’s impossible not to find yourself getting lost in beautiful music because of the unusual combination of sounds, vocals, and beat patterns. His distinctive spin on EDM music has allowed him to carve out his own road to success and to distinguish himself from other musicians.

Zafrir really is an artist whose skills shouldn’t go unnoticed. He has his eyes set high for the future with ambitions to play all over the world. The sky’s Zafrir’s limit – now watch him soar.

Boss Lady Jiya Sosa enters 2021 with a bang; conducts back to back workshops