ABBAS II OF EGYPT – THE END OF A ROYAL LEGACY

History is witness to many magnificent and gallant rulers that have reigned over their kingdom with an iron fist. There… 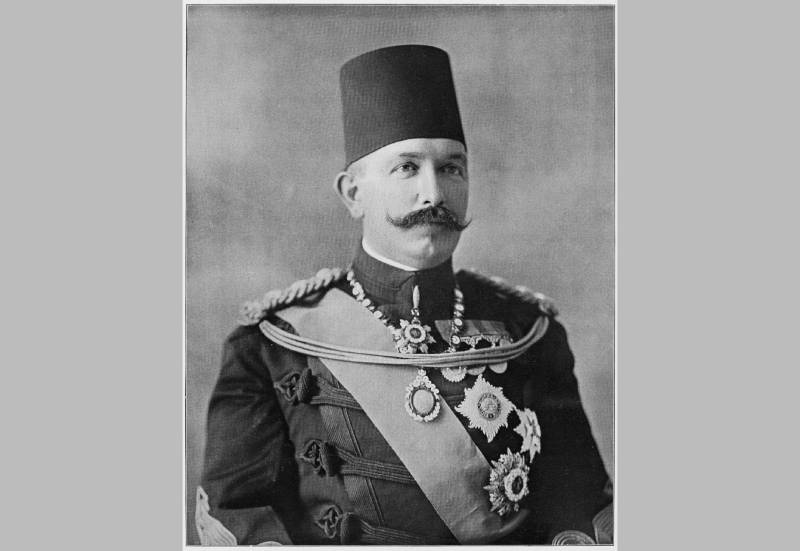 History is witness to many magnificent and gallant rulers that have reigned over their kingdom with an iron fist. There have been many prolonged reigns of emperors and kings about which stories are told today, but very few come close to the Ottoman Empire’s utter dominance. The Ottoman empire has a vast history and line of rulers, emperors, dukes, and khedivate that have greatly impacted history. But as predominant as they were their reign did come to an end due to numerous causes. One prominent khedivate that stood steadfast against the British dominance and fought until the end was Egypt’s last Khedive, Abbas the second.

The Ottoman empire was one that quickly spread to conquer multiple regions. It came to be in the 13th century in the town of Sogut, located in northwestern Anatolia. The founder of the Ottoman empire was the Turkman tribe leader Osman I. They were a brave-hearted race that feared nothing and was determined to conquer all that we aspired to. After 1345, The Ottomans had invaded the European region and became a strong opposition there. In 1453 Mehmed the Conqueror had successfully invaded and conquered the Byzantine Empire in the conquest of Constantinople. With many famous names of this empire acting as rulers and kings, there was another royal status that is seldom heard known as the ‘khedivate.’

Khedive is a Persian term and is synonymous with the terms lord and ruler. This title was used to refer to the viceroys that represented the Ottoman Empire. However, the history of this word runs way before the era of the Ottomans. In Egypt, the title was used to refer to the important hierarchical figure of the Egyptian empire previously and was later adopted to refer to the Ottoman Viceroys. The first official khedivate to rule Egypt was Ismail Pasha or most commonly referred to in history as Ismail the Magnificent. His reign in Egypt ranged from 1863 to 1879. During his career, he played an important role in spreading the name of the Ottoman Empire and was the one who conquered Sudan. Although a brilliant and strategic warrior, he was a just ruler, which is why his people referred to him as the ‘Wali.’ Ismail was also the one that abolished the previously adopted line of succession from brother to brother. His proposal to have it altered to be from father to son was accepted by the Ottoman officials and marked the start of the Khedivate history.

However, the demise of the Ottoman Empire was triggered during the war with Ethiopia. It led significant damage to Egypt’s capital, and Ismail was now under heavy dues owed to the European powers. Using this situation as a disguise, the European authorities became more involved in Egypt’s affairs and gradually gained authority in Ismail territory. After trying for many years, Ismail was dethroned and replaced by his son in 1879. His son was more inclined to favor the European powers, and the British gained substantial authority in Egypt. This shrouded control over Egypt continued unopposed until the succession of Abbas II to the position of khedivate.

Abbas II (Abbas Hilmy) was born on 14 July 1874 in Alexandria, Egypt. He was the son of Tewfik Pasha and the great-great-grandson of Muhammad Ali, the Albanian Ottoman governor. As a boy, he was raised under the tutelage of many British tutors in an effort by his father to have him more prepared to understand the British customs when the time came for him to rule. HE attended school at Lausanne, Switzerland and was given military training by an American officer of the Egyptian army. He was sent to the Haxius school in Geneva to prepare for his enrollment in a boarding school in Vienna, Austria called Theresianum.

His education continued marvellously as soon he was able to hold a proper conversation in English, French and German. However, these easy times were soon abruptly stopped as he was to succeed his father as a khedive at a very young age. Abbas II was still studying at his college in Vienna when the news of his father’s sudden death reached him. Without getting much time to mourn, he was to assume the position of Khedivate and lead the people of Egypt. After his succession, he was recorded to have some small negative confrontations with the British as he saw them as invaders who were trying to end the Ottoman rule. Because of his nationalist beliefs, he became closely associated with anti-colonial Islamic movements, which made him a silent opposer of the British.

He understood that he could hope not to win against the British in a head-on clash and opted to take another route that would lead him to his goals. He stopped opposing the British involvement openly but made silent moves that implied his discontent. One prominent move of his to impact British involvement was appointing an Egyptian nationalist as the prime minister of Egypt. He also funded the Al-Mu’ayyad, which was an anti-British newspaper. The British responded to his acts by exiling and imprisoning many high-profile National party leaders that were close to Abbas II.

Even after many efforts, the power of the British proved too much for Abbas as his authority was gradually slipping from his hands. In 1914 it was made clear that the British had decided to end him as an assassination attempt took place. Because of this attempt, he was unable to report for the initiation of the war on Turkey by the British. His absence was assumed as desertion and led to him being stripped of his title as khedivate. There was no other Khedivate chosen after him, and the British took control and managed all matters. This impacted him greatly and left a big hole in his heart which was only deepened by the news of his son’s death in a fight against communists in World War II in Albania. Soon afterwards, having been left with nothing to live for, Abbas II died due to a heart attack in December 1944.

Abbas II was a great ruler who only thought about his empire’s future. To his dying breath, he worked to end the authority of the British and give independence to Egypt. However, fate is known to be cruel, and some wishes, regardless of the effort done, are left unfulfilled.

Introduction to composing from Mr. Ali Kavousi, a popular singer, musician and musician in our country