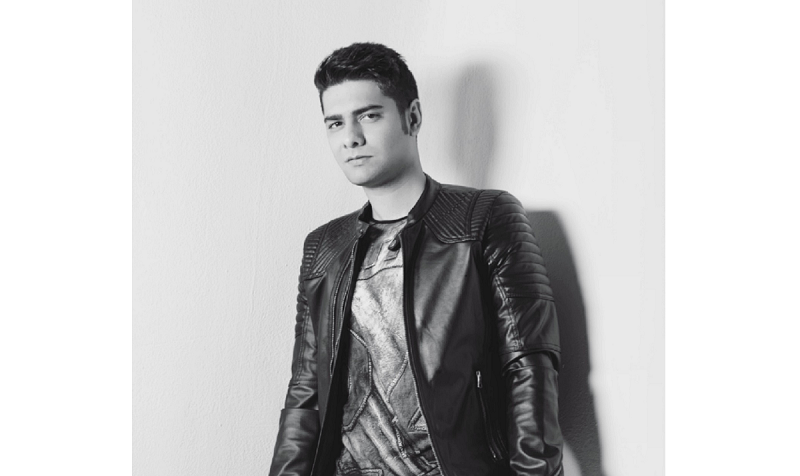 Alireza Elyasvand: From the beginning of working in music to my opinion about the Iranian music market

Born on March 27, 1994 in Tehran (Iran)At the age of 8, with the encouragement of his parents, he started learning the guitar.From the very beginning, he was praised by his teachers and at the age of 14 he held his first music concert in Tehran.At the age of 18, he was discovered by Ali Sabet (program director Mohsen Yeganeh) and joined the Mohsen Yeganeh Orchestra and performed in most cities in Iran.At the age of 20, Alireza Elyasvand released his first self-titled album, My Wish.He collaborated with MortezaPashaei and Mehdi Ahmadvand in the orchestra.At the age of 24, after meeting HamedBaradaran, he joined the Mohammad Reza Golzar Orchestra and at the same time collaborated with HamedBaradaran in the studio on the music of various singers such as Behnam Bani / AlirezaTalischi and many other singers in the guitar and solo design department.One of the most famous guitars and successful solos that he designed for the song (Behnam BaniGhorseGhamar).After the start of Behnam Bani’s big tour all over the country, on September 15, 2018, he performed a concert with Behnam Bani in London, England.And on September 25, 2018, he performed a concert in Manchester, England.In 2018, he released the single (Why You Are Not Bahamas) with his own composition and arrangement, and in 2019, he performed in Stockholm on May 31 and in Gothenburg on June 1.In 2020, he released the singles (Ta To Bashi ) and ( Pas Man Chi) and is currently working on his personal album and a fellow artist with various artists.

Alireza, tell us about yourself ,When did you start working?

In 2002, when I was 8 years old, with the encouragement of my parents, I started learning the guitar, I had a very good teacher who came home privately and taught me guitar, at that time I followed the training very seriously, practice My hair was very regular and I practiced too much, I remember he told me to practice for 8 hours and I practiced for about 10 hours, the teacher was always satisfied with me and I was very interested in music, I liked that very much I was soon to be on stage at big concerts, I was active in college and university performances from the age of 12 to 17, when I turned 18 I started searching on Facebook for contacts with celebrities, orchestra leaders and musicians.
Finally, I met Mr. Ali Sabet, and finally he considered my application to join Mohsen Yeganeh, and after carefully reviewing my work, agreeing to be with Mohsen Yeganeh, in fact, my professional playing time began. When I joined this group, after that I started collaborating with many great Iranian singers.

When did you decide to start reading?

At the same time that I was working with popular singers, my interest in singing flourished in me, and finally several songs were released by me, which had an acceptable result.

What is your opinion about Iran Market?
My opinion about the Iranian market is that they work very well and they get very good answers, and certainly whoever tries, his efforts will not be in vain, but in the end, it is the people who choose to choose you. , Someone who can do a really good job, definitely has something to say and succeed, I wish all those who have a purpose in life to achieve it.

What advice do you have for those who want to start their own activity in the field of singing or music in general?

My opinion about people who want to get into music and be beginners, first of all they have to set a goal for themselves, the goal is very important, they must have a point and a target for themselves and work hard for it, it makes a difference It does not matter what is in music, they have to work for it and interest is very important, I myself tried a lot to encourage my parents and my interest, and now I am at this point, but always in the path of a series There are changes, you are interested in singing, and you can play alongside it,

In fact, music is like a sea, I don’t think it has an end, but it must always be complete, both singer, musician, composer,

But you can be the best of everything alone, but in the end, be sure to take the effort seriously, be interested, strive for the goal you have, I wish good health to all the people of the world, this year I try to be very bold.

Are There Side Effects with Invisalign?