Ali Aljoom, owner of ALJOOM’S BBQ, started the FIRST halal barbecue in Michigan with a goal of providing the best… 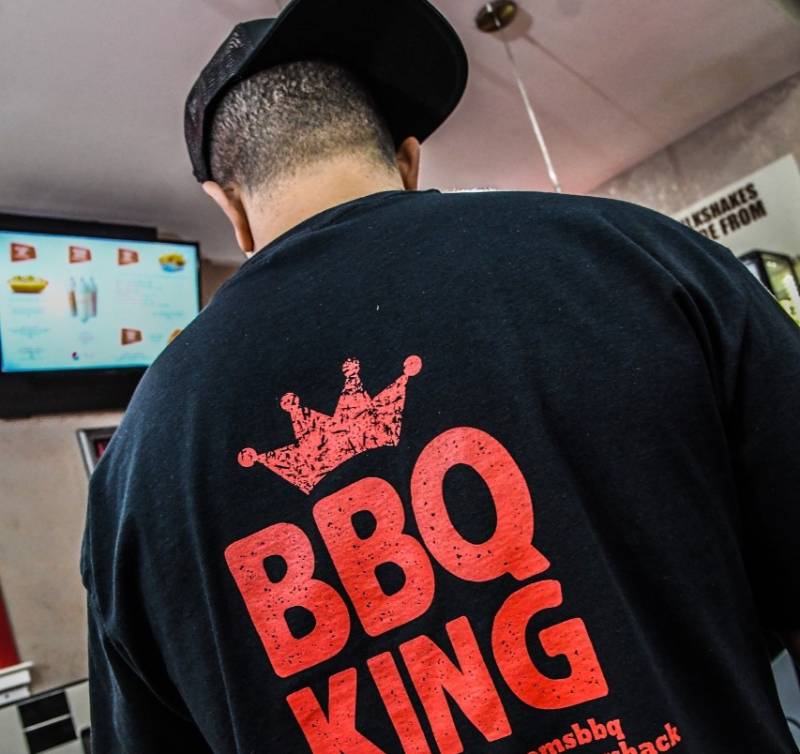 Ali Aljoom, owner of ALJOOM’S BBQ, started the FIRST halal barbecue in Michigan with a goal of providing the best halal food to people and exceeding all of their expectations. Aljoom was born in Iraq and moved to Dearborn, Michigan when he was a child. When we asked why he started cooking he said, “I always loved to cook, but when my family moved back to Iraq in high school, I missed my mom’s food so I started recreating her cooking and the rest is history.”

Aljoom said his most rewarding accomplishment is making customers happy. He takes pride in their happiness because it is something that he created. ALJOOM’S BBQ is so great, they were featured on television! His goal is to have his own cooking show and have ALJOOM’S BBQ all over the world. Getting to this point was not easy for him though, one of his challenges is finding good employees that share the same passion as himself. “I could never do this alone, help is very important,” said Aljoom.

“I’m very passionate about providing the best food possible without any short cuts. Always clean, sanitary, and fresh. My customers can trust me with their life!” Ali is currently working on a model store so he can begin to franchise; he’s ready for the challenge because of the past collaboration experience he has.  “I’ve collaborated with a lot of people; like other restaurants, singers, rappers, mosques, churches, schools – but the coolest one has been being a part of a new TV show that’s coming soon and what’s cool is that I also made food for the actors and film crew every night. And they loved it!”

His biggest inspiration is himself. He shared an experience with us that gives us a little insight into how this all started. “I was the head waiter at a 5-star restaurant and I asked the owner to let me cook because I can cook better than their chefs. He said no because he needed me to run the front of the house. A half hour later God blessed me with a customer that offered me kitchen space in a gas station and I gladly took it. A week later I opened ALJOOM’S BBQ. Thank you, Habib, for telling me no.”

If Aljoom could collaborate with anyone in the industry he would choose Gordan Ramsey. Another partnership that he dreams of is with Michael Jordan, to create chef shoes and apparel to be a bit more comfortable. When Ali isn’t at ALJOOM’S BBQ you will probably find him watching sports games. To find out more about ALJOOM’S BBQ and see the mouth-watering food, follow his business on Instagram.