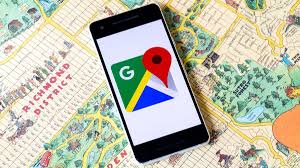 Apple is bringing accident, risk, and speed check reporting to Apple Maps. The feature is right now simply accessible to clients with the iOS 14.5 beta and is like client reporting features obtained in Waze and Google Maps.

At the point when you’re using the feature, you (or ideally a traveler) can press another Report button in the bottom tray, and select what sort of incident or peril you’re revealing. You can even do this using Siri: I was also able to say “there’s a speed trap here” or “there’s something on the road.” MacRumors shows that the interface is accessible on the CarPlay version of Maps, as well.

This user-centric reporting feature is currently something that all the significant maps app either have, or have being developed. While this feature was popularized with Waze, it’s been accessible in Google Maps since April of 2019, so Apple is playing catch-up here (like it’s likewise attempting to do by adding user-generated photographs and audits to Maps). It is significant, however, that Apple’s version has way less alternatives starting today — Google’s is considerably more in-depth.

There is one strange thing to call attention to with Apple’s version, and it has nothing to do with the way that the feature is in beta. You may have seen in the Google Maps screenshot that Apple’s and Google’s icons for accidents and speed traps look very much like.