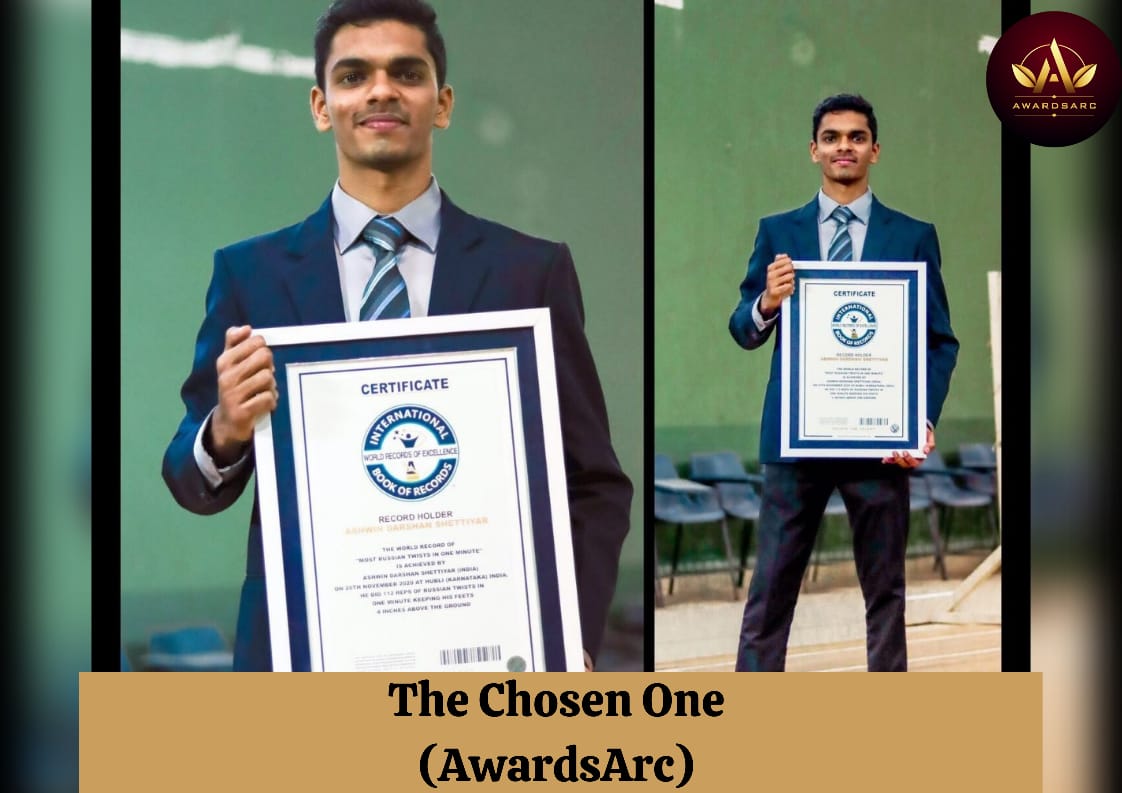 More than thousands of people fails everyday in their lives and goals but only some of them stays motivated and doesn’t give up. Ashwin Darshan Shettiyar is one amongst them and his inspiring journey led him to be one of THE CHOSEN ONES by AwardsArc.

Ashwin is a young guy who lives with his parents and his elder brother. Unexpected things are interesting, same goes in the life of Ashwin. He never thought to be a part of karate things, but destiny played its game. For Indian parents, everything matters a lot, from a needle to a car. As soon as his brother left his karate classes, his parents sent him to the class with a view that the same uniform will get used. And because of his interest and dedication, he achieved two world records in International book of records and is a gold medalist. Apart from that, he has also represented India at the age of 13.

It’s a fact that as soon you’ll involve yourself in your passion, it affects your study because you’re unable to concentrate. Ashwin was not that good in studies because he completely involved himself in practice. Time management was hard for him. There was a time, when he was in class 12th, he was practicing for Karate SGFI nationals as he was a gold medalist at state level and for practice, he used to travel from Hubli to Bangalore every day, because his priority was karate.
He failed twice in board exams but succeeded in every karate match.

Surprisingly, he did not get affected by these things and the support his parents showed on him is the reason, he’s a great person today.

Ashwin wishes to give karate the limelight, it deserves. His inspiration is Bruce Lee, one of the person the world knows for his martial arts.

Ashwin wishes to promote Karate throughout India and provide it the respect it should get. His inspiring journey led him to be one of THE CHOSEN ONE’S by AwardsArc.

We might see Ashwin Darshan Shettiyar as one of the big names in Martial arts in future.

Michael Luckhoo as a great entrepreneur and a business expert