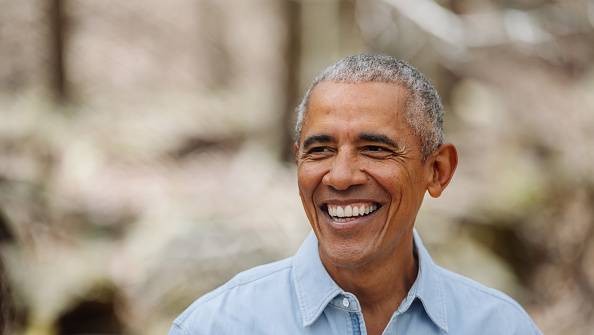 Barack Obama is most of the way to an EGOT.

The previous president won an Emmy Award on Saturday to go with his two Grammys.

Obama won the best storyteller Emmy for his work on the Netflix narrative series, “Our Great National Parks.”

The five-section show, which highlights public parks from around the globe, is delivered by Barack and Michelle Obama’s creation organization, “Higher Ground.”

He was the greatest name in a class loaded with well known chosen people for the honor distributed at Saturday night’s Creative Arts Emmys, including Kareem Abdul-Jabbar, David Attenborough and Lupita Nyong’o.

Obama is the second president to have an Emmy. Dwight D. Eisenhower was given an exceptional Emmy Award in 1956.

Obama recently won Grammy Awards for his book recording perusing of two of his diaries, “The Audacity of Hope” and “A Promised Land.” Michelle Obama won her own Grammy for perusing her book recording in 2020.

EGOT alludes to a unique class of performers who have won an Emmy, a Grammy, an Oscar and a Tony. Until this point, 17 individuals have gotten it done.

The late Chadwick Boseman likewise won an Emmy for his voice work on Saturday. The “Dark Panther” entertainer won for exceptional person voiceover for the Disney+ and Marvel Studios energized show “What If…?”

On the show, Boseman voiced his “Dark Panther” character T’Challa in an imaginary world where he becomes Star-Lord from “Gatekeepers of the Galaxy.”

It was one of the last activities for Boseman, who died in 2020 of colon cancer at age 43.