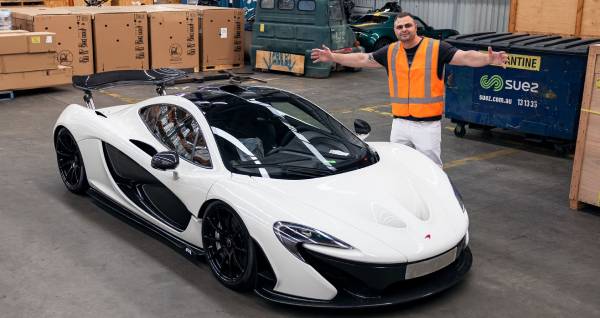 As one of the world’s most popular and accomplished car show hosts and car enthusiasts, Lecha Khouri is the international car community’s favourite. He has set his foothold in the world of cars and car collection and has rapidly emerged as someone who has revolutionized Australia’s car collection scene. With thousands of fans and followers across social media platforms, Lecha Khouri is lovingly known as Lee by his audience.

Lecha Khouri has a car collection that consists of a total of 54 high end special cars. Recently, he has added a new hypercar to his world-class collection. It is the very special hypercar McLaren P1 which utilizes hybrid power and Formula One technology. The McLaren P1 has only 375 models built in the world and combined by thrilling features, it is an extremely rare and special hypercar. Lecha Khouri’s McLaren P1 has also got several MSO (McLaren Special Operations) editions that take the McLaren ownership a step further and offers a wide range of additional features to choose from.

Lecha Khouri’s car collection consists of various modern and classic cars, supercars and hypercars like the marque Ferrari, a couple of Porsche 911’s, Lamborghini, a single Maserati, Bentley, Ferrari F40, the LaFerrari, Porsche 918 Spyder and the McLaren Senna XP. With the newest addition of the McLaren P1, Lee’s car collection only grows in class, style and quality.

Lecha Khouri’s McLaren P1 was recently unveiled on Supercar Advocates, a famous car show of which Lee is the host. The show revolves around Lecha and his team going around the world and delivering to the viewers the experience of driving some of the most famous, rare and modern cars, supercars and hypercars.

Lecha Khouri has earned the status of a brilliant car show host that has taken car collecting to an altogether different level.

The future of electric cars according to Salar Review