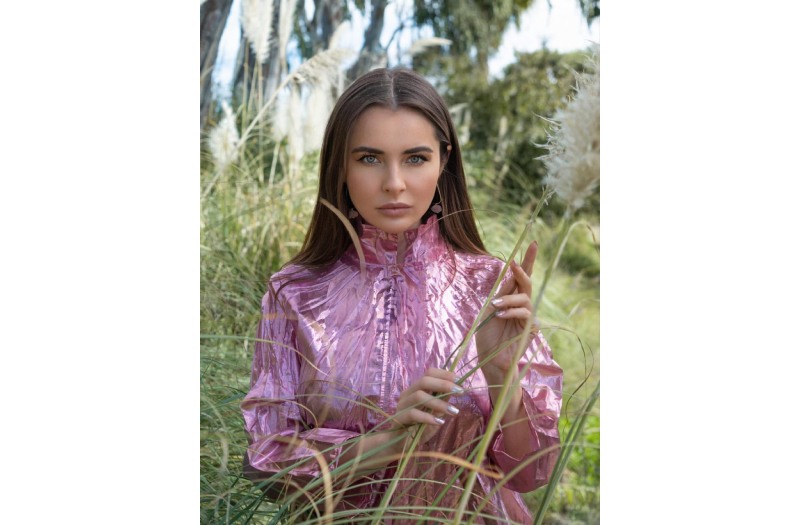 2023 is nearly here and the year-end watch lists are posting a new name: Natalia Nikolaeva, a Ukrainian-Russian actress who has tallied five indy film releases in 2022, which was capped off with the November 29th release of Paramount Studios’ “Battle for Saipan”.

Getting on Hollywood’s buzz radar has been a fun and interesting ride, according to Nikolaeva who is a known acting talent with notable credits in Europe and the Middle East such as ‘Vangelia’, ‘Taste of Pomegranate’, and ‘You Will Be Mine’. After building a wonderful career abroad, Nikolaeva made the move recently to the U.S. where she has quickly racked up acting credits with well-known American actors and directors. Ironically, Nikolaeva originally thought to come to the USA in the hopes of continuing her acting journey on the stage where she would showcase her serious skills in the theater.  It seems Hollywood’s up-and-coming director also recognize this raven-haired beauty’s screen presence.

Of her star turn in ‘Battle for Saipan’ , congratulations flowed to Nikolaeva from her notable stars at the recent premier. Her co-stars Casper Van Dien, Jeff Fahey and Louis Mandylor found her a joy to work with as did her director Brandon Slagle, who also wrote the project. Described as an underdog action tale dealing with the WW2 Pacific battle in Saipan, this film has found its audiences in theaters in recent weeks who are flocking back to public cinema in the aftermath of Covid lockdowns.

For her part, Natalia seems modest about her reception in this film. “Not bad for your first film in the US!” she recently stated in an interview. “I felt a lot of anticipation before the film’s release- but now its joy and relief. I’m both happy and excited. The film has become a great adventure for me and opened new doors. I met amazing people, had an incredible experience. “

Saipan comes from the prodigious producing team of Damien Hillin and Carolina Brasil whose original project has been released by Paramount and offers audiences another look at Natalia’s beautiful nurse character, Inessa, who works at a military hospital in this story.

In response to a question on how she prepared for this role, Nikolaeva came back with a detailed and unexpected answer.

“ First of all, I read all sources I could find about that period to understand the context in which my character lives. Then I began to try on her personality, her story, the circumstances of her life. Here she was, a young girl, a daughter of immigrants, educated as a medic. She genuinely wants to help people, wants her family to be proud of her, and of course, dreams of true love. And then she finds herself in a military hospital, where in no time the circumstances begin to develop in the most tragic way. But I wanted to make my character ‘the light’ – very sincere and alive, who could help others feel that the world is beautiful, that there is something worth living for, as well as dying for, ” Nikolaeva noted.

As to what her immediate plans are for 2023, Nikolaeva remains wildly optimistic yet philosophical.

“Now I feel that I have accomplished a very important stage in my life. I feel like sitting at table and writing everything down… Memories, feelings, and the journey that has brought me to this point. I’ve grown a lot in the last year, and I’m content with who I am currently becoming during this challenging journey.”

Battle For Saipan is currently in theaters and soon available for streaming on the Paramount streaming channel.