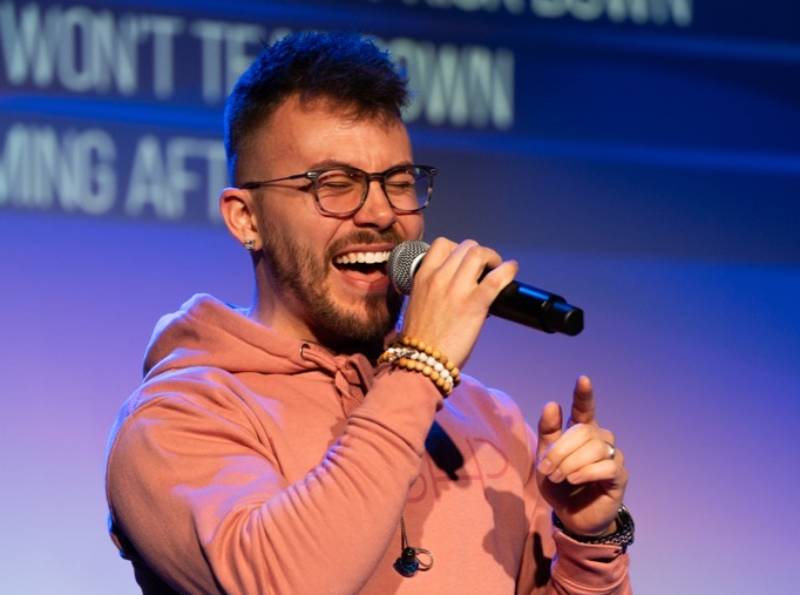 Cory Sccott Will Be Topping Charts

Cory Campagna, better known as Cory Sccott, is a talented musician from Kenosha, WI. Cory Sccott started music when he auditioned for a solo in the 4th grade and got the part. His grandmother gave him voice lessons after discovering his talent in 4th grade. In 2010 he became part of a music group called “Prodigy” and got a taste of what it was like to book a gig.

They mainly performed covers with some originals, which helped him land a spot in a local contest, “Wisconsin’s Got Talent.” His group placed 2nd, which fueled him to improve and perfect his craft. He continued to pursue music in college and was classically trained in four different languages under the study of Dr. James Kinchen and Allison Hull at the University of Wisconsin Parkside. Since then, he has made connections through social media and auditioning on The Voice. He continues to grow his platform and spread his worship music throughout his platforms.

Cory Sccott currently works with various artists, producers, and his church’s team to create a perfect craft. Cory Sccott has a project in the works he is very excited to share with his fans. This project is an insight into his life. His listeners will learn about various hardships he has been through and how he has overcome those moments in his life. He hopes that through his music, he will be able to help people who are currently facing similar hardships in their lives. Find Cory Sccott on Instagram and listen to his music on Spotify.