Since its founding in 2010, Daxsen became one of the leading corporations in the marketing, entertainment, technology and real estate… 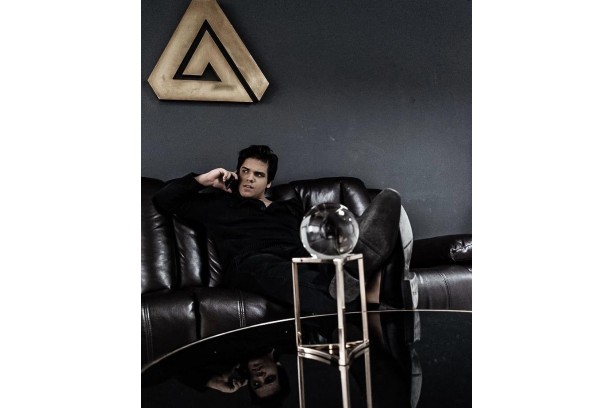 Since its founding in 2010, Daxsen became one of the leading corporations in the marketing, entertainment, technology and real estate industries, working with the major artists and brands of the world.

The firm started in Guayaquil (Ecuador) as a record label to launch the musical and artistic career of the CEO and founder, David Xavier Sanchez (also known as Daxsen). But later evolved into a record group, established as Daxen Music Group, that includes more than 45 record labels dedicated to various music genres such as reggaeton, pop, techno, deep house, tech house, and other electronic genres.

Daxsen soon became an enterprise group with the creation of Daxsen Media Group, which is a full-service marketing agency that worked with recognized brands such as Samsung, Aeropostale, McCormick, American Eagle, Pepsico, Nestlé, and Lee, elaborating more than 1200 marketing projects and winning 303 awards and certifications over the past 11 years.

But the idea of expansion and diversification remained at Daxsen. That’s why another company was generated: Daxsen Capital, which provides investment managing services with the participation of financial institutions, financial sponsors, governments, public authorities and boards of directors and special committees. With more than 10 years of experience, this business is a leading trusted advisor and financier, and a global leader in real estate investing with the assurance of a

90% success for all the customers and the distinction of more than 30 awards achieved.

In addition, Daxsen also ventured into the concierge industry with the development of Lifexury. This company specializes in luxury services throughout America such as VIP Charter Flights on Jets, different Yacht rentals, Premium Cars rentals, Exclusive Security, Luxury Apartments rentals, and access to VIP events.

The highest level of exclusivity and privacy with a seamless experience is offered to the clients of this company by multiple partnerships with the major hotel chains of the world, such as Hilton, Marriott, The Ritz-Carlton, Trump Hotels, and Wyndham. Public figures such as Alice Walton and Marc Anthony acquired the services in these 11 years of the company’s operation.

Nowadays, Daxsen has 2 headquarters (in Guayaquil, Ecuador and New York, United States) and has accomplished more than 50 awards for its services and products that were requested by more than 400 artists and celebrities, and has been featured on international media such as CBS, Fox News, Forbes, Billboard, Telemundo, and more.

The CEO David Xavier Sanchez aspires to expand his corporation to become a structured and respected brand that is internationally recognized and identified, after having positioned the corporate group as one of the best in the industry in the Americas.

“I would like to be able to say that a large part of the population of the planet knows and has tried some of the services of the Daxsen experience”, – says David Xavier Sanchez (Daxsen).