Eddy Kara is a first-generation Montrealer and Dollardian who has an extraordinary passion for film. Eddy started gravitating towards film… 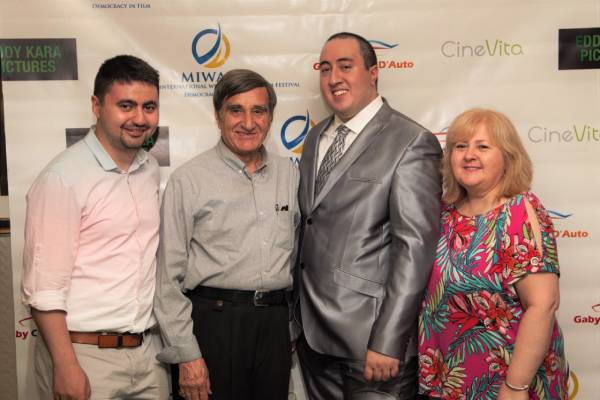 Eddy Kara is a first-generation Montrealer and Dollardian who has an extraordinary passion for film. Eddy started gravitating towards film at the age of 17 and dove headfirst, soaking up all the information he could. Eddy released his first film, “Schemer,” in 2011 and hasn’t looked back, having been involved in film ever since.

Due to Eddy’s determination to master his craft, he was nominated for seven awards at The Montreal International Wreath Award Film Festival (MIWAFF) and took home the Best Director Wreath Award for his film “The Sociopath’s Guild.” Due to the film’s magnificence, Eddy was elected as the director of The Montreal International Wreath Award Film Festival. Having graduated from the John Molson School of Business and Universite de Montreal, he knew he could combine his passion for film with his business acumen to make a positive impact.

During his first year as director, Eddy saw a flaw in the voting process the festival had in place, so he implemented a more efficient voting system. Prior to Eddy taking over the festival, they only had a handful of voters who would vote on the best film. Eddy believed it was vitally important to have a more democratic voting process. Therefore, he introduced a balanced representation of artists, from directors to cinematographers to music composers, on the voting jury. He prides himself and has continued to serve his film community since then by adhering to MIWAFF’s motto, “Democracy in Film.”

Having made such an impact in the world of film, Eddy wants to expand his reach and help serve his fellow citizens in his local community. That’s why Eddy has decided to run for the city council in this upcoming October 2021 election. Eddy Kara plans to bring his servant leadership to his constituents and help impact all those that he can. According to him, “we need rational and abstract thinkers to address the current problems in our society.”