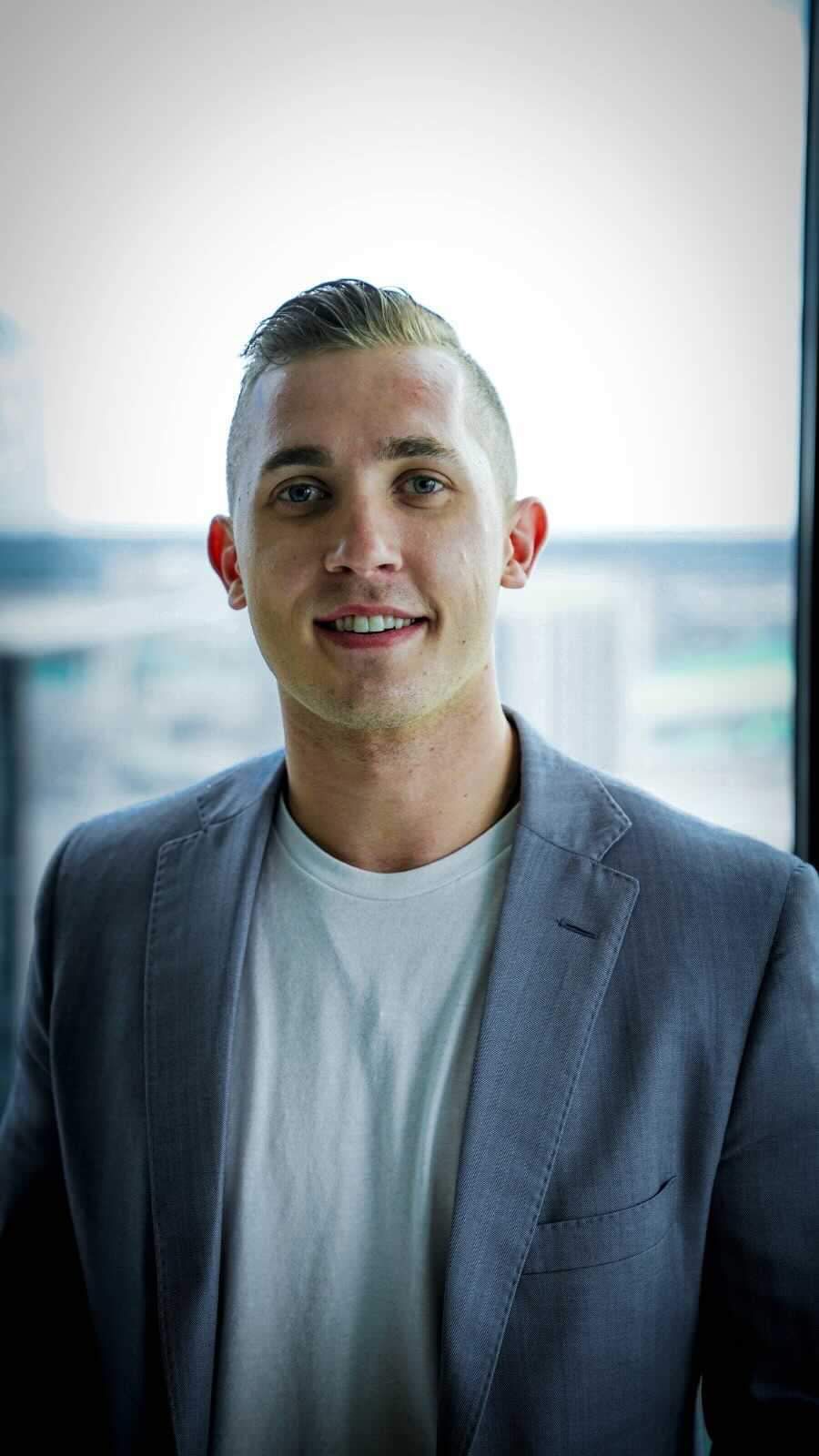 From Stocking Vending Machines to a Six-Figure Earner

The story of Justin Hermann, a 27-year-old alumnus of Delta Kappa Epsilon fraternity, is one with many lessons. As the oldest in a family of four kids, Justin went from being a hockey player studying Construction Management at ASU to holding a regional leadership position in more than ten states protecting and serving working families.

Justin’s father was from Arizona and his mother was from England. His parents’ degree of success in their lives differed significantly. Justin’s father was a carpenter and his mother owned a beauty salon. When Justin was 12 he started working at his mother’s beauty salon. Every two or three weeks Justin would stock his mom’s vending machines. His mother was always passionate about instilling the quality of hard work in him, and he grew up a responsible man.

Justin always ensured that the snacks were of better quality. He knew they would attract better profit in return. At the age of 16, Justin worked in a retail store with hourly pay. He worked there through the end of his hockey career with other jobs he would stack on during summers.

After graduating from college, Justin started a career as a project engineer with a leading technical builder helping build hospitals. Three months later he found another passion. He wanted to provide financial stability for families. Within the first year, Justin was already serving in a regional leadership position. He serves working families through supplemental life insurance benefits that their unions or associations have endorsed for their members. He provides them with what they need to fill in the gaps of what they can’t get through work even after they leave or retire.

Justin leads an agency in a regional leadership position in more than ten states on a mission to protect and serve more than 80,000 working families a year by 2030.

The Secret To Scaling

What led to Justin’s big rise to attain a six-figure salary after his first year out of school in a field he didn’t study for?

Faith has been an effective tool for Justin’s success. Faith has helped him through his challenges, and his focus has kept him in the race every day.

Justin has made it a habit to treat everyone well. He understands that every great business is built on great people.

Many people do not understand the power of taking some time off the usual routine of a job. It usually helps unwind one’s mind. Justin regularly goes to the gym, spends time with friends, enjoys traveling, playing hockey, and dirt biking. These activities are crucial to him so he can do his career duties.

Did you know that we always feel burnout when we are not on a mission to create? Justin sets new goals every day to conquer this reality. He makes time for personal development, the gym, family, mind, body, and spirit.

Today, Justin has helped multiple people make six figures, including his fiance. He has built a residential income that pays him more than he used to make a year. What his construction job could pay him in a year, now he makes in a month. For more info on how to become a six-figure earner, you can connect with Justin today on Instagram.