Saturday, 12 June 2021
You are here: Home Gold and Digital Currency should be COEXISTED or REPLACED? 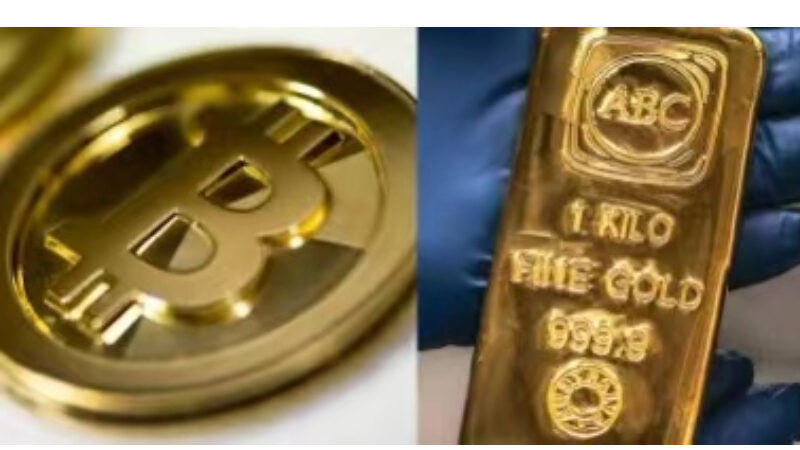 From the ancient to the present, GOLD seems to have been favored by the majority of investors. Whoever thought that Bitcoin, represented by digital currency, was suddenly born and then developed with an astonishing speed, bringing everyone an unprecedented shock and wealth imagination. In fact, Gold and Digital currencies are often compared because of the many relationships between them, but actually, there is a world of difference in the nature and risks between them, so investment needs to be treated respectively.

Bitcoin had broke through $40,000 in January this year. The reason caused is that it is no longer just a fashionable financial concept. Based on the current situation, various infrastructures such as data companies, smart contracts, and trading platforms are all in place. So digital currency is also laying its own Wall Street road step by step. On the other hand, even facing of the rapid rise of Bitcoin at the beginning of this year, Goldman Sachs, a well-known financial leader, still commented that gold and digital currencies can be coexisted. Although the current market performance is that digital currencies are continuously sought after, Goldman Sachs still believes: ” No matter how fierce Bitcoin is, it will be difficult to shake the status of gold.” Why does professional Goldman Sachs have so much confidence in gold? The reason is the commodity characteristics of gold, it is not only reflected in the wide use of gold as personal consumer goods and industrial products, but also has the characteristics of liquidity, scarcity, easy division and value preservation. For thousands of years, people have formed a trust in gold, and gold is the halo of the old currency, so it is still regarded as a symbol of wealth. In addition, gold surged 24% last year, the best performance in a decade. Therefore, the so-called gold will be replaced by digital currency is purely nonsense. As to whether they can be coexisted, this possibility is likely to be real.

With the continuous improvement and perfection of dirtual currency, in the present market, it already has a certain reserve value, but in terms of expression, digital currency has not yet reached a certain absolute stability as gold. In terms of this feature, it has not yet reached a height that can be comparable with gold. It is worth noting that Bitcoin has always been unrelated to other assets, but has been linked to gold since last year. If the two variables are highly correlated, and the correlation coefficient is 1, then the correlation coefficient between Bitcoin and gold is 0.5, which means that the above two assets have the same rise and fall directions for half of the time. When there was no correlation between the two before, when gold went higher, we could not predict whether Bitcoin would rise or fall. However, in 2020 it has been changed. There is a 50% probability that gold and Bitcoin will suddenly rise simultaneously, which is statistically relevant. Although this reason is because Bitcoin is becoming mature, that is, its reserve value is also increasing, but this change implies to a certain extent that gold has been gradually entering the world of digital currency, and has certain related effects.

In summary, although the value of digital currency in recent years has stimulated the global capital market as a roller coaster, it is undeniable that it will be still the focus of future financial development trends, coupled with the continuous penetration and integration of gold, which is the traditional representative. There is no doubt that digital currency will appear in our vision with more comprehensive form.