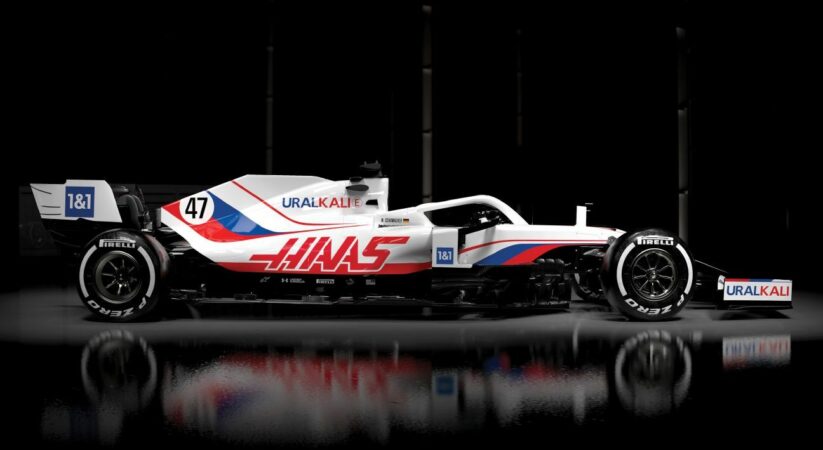 Haas has uncovered the new livery it will use during the current year’s Formula One world championship and reported Uralkali as its title sponsor.

Haas Automation’s corporate colours of grey, black and red have been supplanted by the white, red and blue of the Russian flag to mark the appearance of Uralkali, a Russian potash fertilizer maker.

The multi-year sponsorship deal is attached to Haas’ new Russian driver Nikita Mazepin, whose father Dmitry Mazepin is a key shareholder in Uralkali.

Mazepin will accomplice F2 champion Mick Schumacher, the son of seven-time world champion Michael, at the team this year.

The group’s new car, named the VF-21, has not yet been uncovered and will show up at 08:30 on the first day of the season of pre-season testing on March 12 in Bahrain.

“I’m very pleased to welcome Uralkali to Formula One as title partner to Haas F1 Team,” said team owner Gene Haas. “We look forward to representing their brand throughout the season.

“It’s an exciting time for the team with Uralkali coming onboard and having Nikita Mazepin and Mick Schumacher driving for us. It’s definitely a case of all change but I’m hoping that we get back to being in the mix for scoring some points at these races.

“It’s been a tough couple of seasons, but we’ve also got our eye on the bigger picture, in particular 2022 and the implementation of the new regulations.”

Haas completed 10th in the standings with only three focuses a year ago, yet is expecting to profit from an engine update from Ferrari this season. The appearance of Schumacher and Mazepin replaces the team’s past driver matching of Romain Grosjean and Nikita Mazepin.