Sunday, 11 April 2021
You are here: Home How Illya Shpetrik Is Connecting Celebrities to Esports 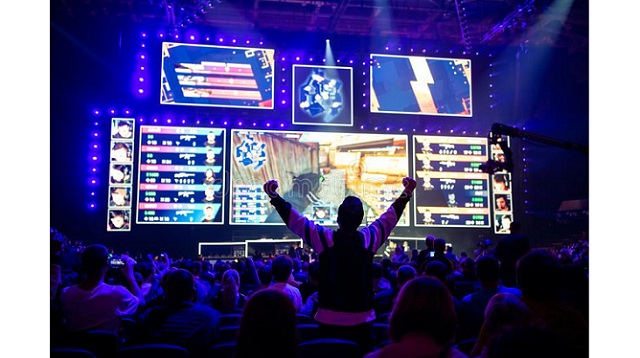 When it comes to continuous growth, eSports has seen a remarkable increase in viewership and awareness in the last couple of years, especially during 2020. With so many people stuck at home during the ongoing pandemic, many new and regular viewers have inched towards eSports as their preferred form of entertainment and the growth isn’t stopping anytime soon.

While many people often confuse online gaming with eSports, the two are starkly different. For starters eSports is a sports competition using video games that may have started out as a friendly competition among friends online, but has turned into an almost billion dollar industry.

What has contributed to the rise in eSports viewership? Is the pandemic one of the major reasons? And will the growth remain the same or stagnate?

These are questions that both sponsors and advertisers are grappling with when it comes to investing in eSports, and although the answers may not be accurate as of now, no one wants to miss out on getting their share of this gold mine.

eSports viewership is rapidly increasing because people are looking for different streams of entertainment, as when you’re at home all day for weeks on end (like everyone during lockdown in this pandemic) it is natural to become bored of watching TV shows or the news. In 2017, eSports viewership was around 1.28 billion and the number has increased to around 1.43 billion in 2018, worldwide.

Similarly, many colleges in the US have varsity eSports programs and offer scholarships that value at $16 million per year. In the US alone eSports events attract more than 40,000 players across 1350 schools. Celebrities like Travis Scott are also stepping into the eSports arena where by performing at a Fortnite concert that took place this year, he was able to earn around $20 million while bringing in a viewership of 27.7 million with 12.3 million players participating in game.

“As more and more celebrities are becoming involved in eSports events, many brands and sponsors are flocking towards online games as the viewership is only increasing”  says Illya Shpetrik.

Twitch, YouTube and Facebook gaming are just some of the online gaming platforms where gamers can upload or stream their gameplay thereby making some income as well. Not only do these platforms make it easier for streamers to attract viewers but is also shows the potential eSports has when it comes to forming a loyal fan base and community as well.

Twitch by far reigns supreme as the favourite streaming platform for gamers as according to a report by Streamlabs, around 91.1% of the marketshare’s streaming hours came from Twitch, which is also an increase of 14.5% in the 3rd quarter of 2020. Not only that as of 2020 there are more than 4.3 million monthly streamers as compared to the 3.64 million in 2019.

“With so many brands involved when it comes to sponsorships for gaming events and people investing both their time and money, eSports is not only becoming one of the fastest growing industry but a profitable industry as well. We have done over 30 deals this year with different celebrities worldwide” says Illya Shpetrik. Him and his company are responsible for over 50 million views in game.

Socially speaking eSports attracts both men and women from nearly all ages, and when it comes to targeting certain demographics eSports is a profitable way for brands to not only market their products but certain age groups as well.

According to Illya, there has been an estimated sponsorships valued at $584.1 million. Similarly eSports revenue for the year of 2019 has been $950.3 million globally, and with 2020 the numbers are only expected to be more.

Whether you’re looking at the industry of eSports from the perspective of a viewer, a gamer, an investor, or a brand there are many large opportunities of being associated with eSports as its meteoric rise only attests to its popularity.