Tuesday, 18 May 2021
You are here: Home Interview with Keyvan Din, Iranian singer, vocalist 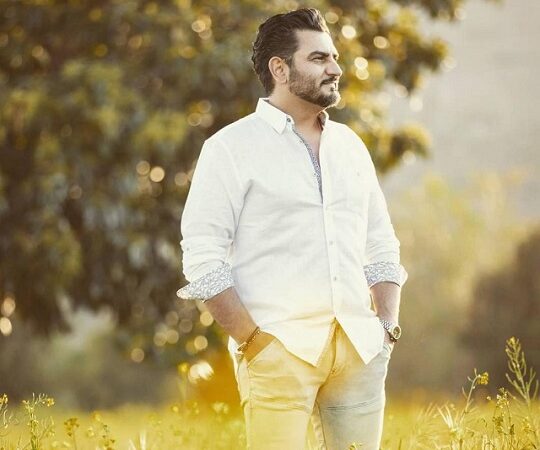 Ali Jamaleddin also known as Keyvan Din or Keyvan (09 July 1980 , born in Tehran, Iran) is an Iranian singer.
Keyvan is born in Iran, Tehran., Keyvan is an Iranian singer/vocalist. He is Inspired by the number of Iranian pop and classic singers and musicians such as Shajarian, Nazeri, Kalhor, Ebi, Farhad, Aref and ,many international musicians and singers such as Phil Collins, Elton John, Michael Jackson, Adele,…Keyvan left Iran back in year 2000. He lives in California, with his wife, Shadi, and daughters, Ava and Melody. Keyvan started learning Iranian classical music when he was 7 years old. He plays piano and setar. He recently started producing pop and fusion music and officially released many of his successful singles such as “Az Koja Amadi” and “Ferferi” on major international platforms.

In one of his interviews, he said that music is the food of the human soul

When asked how do you think music artists live in Iran, he replied: “Unfortunately, music in Iran has a structural and infrastructural problem.” As it has penetrated the level of people’s thinking and has become a cultural and attitudinal problem. Music is now considered one of the luxury facilities of life and has become far removed from the priorities of families. In many countries of the world, music is used to soften the spirit of the community and the peace of different people. But unfortunately in Iran, music has become an eroding profession for its people, who after years of hard work and love, its veterans are marginalized and due to the lack of a proper level of welfare and deprivation of proper care of a veteran. Art is materially and spiritually in the most vulnerable sections of society.