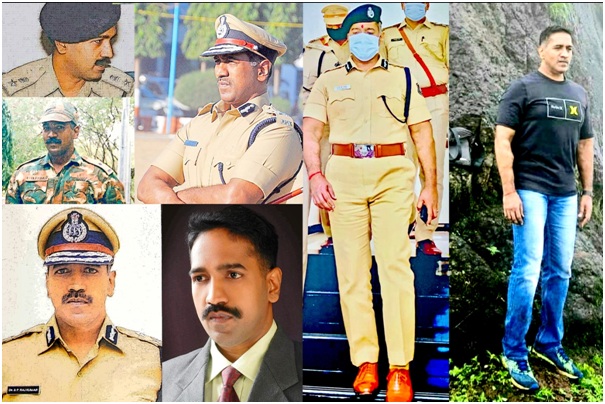 IPS Rajkumar Pandian, a dedicated and the most respected Indian police service officer. An inspiration for millions of Indian youth.

Indian history is full of people who struggled for development and brought some magical change in Indian societies socially and ethically. RajkumarPandian is one of them who works hard for the betterment of the country and serves his life for this purpose. Like many other heroes in Indian history, RajkumarPandian had also faced difficulties in his life to serving his country as an Indian Police Service officer (IPS).

He came to attention after the claims in the death of Sohrabuddin Sheikh a fifteen years back. RajnishRai arrested Pandian along with D G Vanzara and Dinesh M N in 2007 related to the death of Sohrabuddin Sheikh. After that, the Hindu reported that Pandian was found to be at his home during the time when he was supposed to be incarcerated. The CBI court in Mumbai discharged IPS officer Raj Kumar Pandian from the Sohrabuddin Shaikh fake encounter case. The court came to the conclusion after a technical ground that sanction was not taken to prosecute him was pointed by the defense.

Pandian got bail in March 2014 after being imprisoned for seven years since his 2007 arrest. From 2016 he was Inspector-general of police in Junagadh, even while the Sohrabuddin case was in courts and he was facing the most difficult period of his life.  In 2018 the Bombay High Court upheld his discharge from the alleged Sohrabuddin fake encounter case.

He has always been ready to serve his country and have a passion to do something for the law abiding people. Despite all the difficulties, he purposefully preferred to choose the passion-driven profession of Indian Police Service to serve the people with courage, commitment, and compassion.

Though Dr.S.PandianRajkumar IPS had other better avenues and career prospects  he chooseto serve  his country over any other thing and refused to avail any other opportunity. He has always strived for the safety and security of the general public. His service record would amply testify that he has always worked for the general public and try to make their lives better and easier. Public security is his first concern and for this purpose, he drastically brought down the criminal activities and incidence of crime in his jurisdictions to the extent of an even lower ratio than what it had been there a decade before that period.

In his path of professional endeavour in upholding these objectives, he has met with countless occupational hazards and risks and has seen several ups and downs.

Due to his dedication, unfeigned and diligent efforts, effective and innovative policing methods, motivation, and teamwork in the areas of maintenance of law and order, crime prevention, and detection, he was able to control the crime ratio in the state. He gives confidence to the public to move freely in-state without any kind of fear.

Now, as Additional Director General of Police, Surat Range, RajkumarPandian IPS is able to implement proactive professional measures in the areas of internal security with special emphasis on coastal security, transparency, accountability, prevention, and detection of crimes through enhancing the visibility, sensibility, responsiveness, and decisiveness in police functioning and bringing positive changes in their behaviour as responsible, reachable and respectable guardian of innocent people living in the state.

According to him, active resistance to every form of evil is the obligation of everyone related to the police department. Pains and pleasures are impermanent. We must endure pains and sufferings bravely. Never live in grief and desolation. Cast off the bonds of action.

He said; you can’t be everywhere but your image can certainly travel faster and be present everywhere as your shadow.

As the protector of innocent citizens, every police officer must demonstrate greater responsibility in every sphere of his profession. Further, he said; don’t treat your work as a burden or a mere job for livelihood. If you are a police officer then you are blessed with the rarest opportunity of serving the nation and its people. Be responsive.

Apart from his professional life, he is very concerned about his health and fitness. And to maintain his health he follows a proper routine. A policeman is a warrior and a healthy lifestyle helps a warrior to perform better on the battlefield. It’s part of his lifestyle to keep himself fit and healthy as he believes that a healthy body has a healthy mind. Keeping himself fit and healthy helps him to perform his duty in a better way. No special effort is needed. He just follows a disciplined rule that includes proper diet, proper exercise, and proper rest.

As everyone knows that IPS is a highly respected post in the internal security system of India. Indian Police Service is the most fundamental pillar of Indian democracy and as an IPS Officer, RajkumarPandian plays a pivotal role in maintaining peace and order at the grassroots level in the country.

He was harassed, humiliated, and made to suffer in silence but he survived all adverse situations and fought courageously with all the hazards he faced in his life just to protect innocent people. He never gave up and survived through the most troublesome period of tribulations. He has come almost after a decade of trials and tribulations to serve the people with more capability, commitment, courage, concern, and compassion. He never treated his profession as a work, duty, job for livelihood or just to earn money. He always considered his duty as a passion, not just a profession, and dealt with every challenge with enthusiasm and bravery.