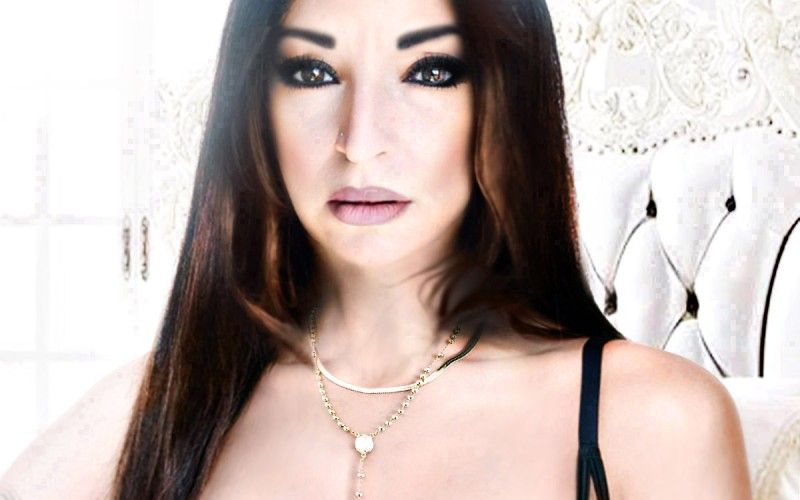 If you’ve ever found yourself scrolling through Rosselli’s pictures, you are familiar with charisma. It’s a complex personality trait to define with words, an aura that invites you to gravitate toward the most charismatic people in the room.

A city girl who loves the late-night club scene, a reluctant fashion icon who says she doesn’t fuss over clothes but looks stunning in just about anything.

She consistently exhibits a sense of humor and confidence in her public appearances, always exuding a sense of graciousness, openness, and connectedness, continually demonstrating warmth and poise under pressure.

The Italian celebrity has taken a step back from public appearances in the past year. Still, this month alone, Rosselli made significant strides and returned to the public eye with a few critical events alongside her children and close friends. We met Aurora as she hit the red carpet on a few occasions with the EC Twins at SkyBar and Grandmaster Recorders Studio, along with Kanye West and Red Hot Chili Peppers. For the past few years, we’ve witnessed Rosselli going from the most iconic fashion designers – ex-fiancé Stefano Gabbana, co-founder of the Dolce & Gabbana luxury fashion house, to Olivier Rousteing, creative director of Balmain – to a wide array of male friends and past lovers, bankers, athletes, rockstars, politicians, and famed celebrities. Many names came to light as her romantic partners. From famous Italian artists that paid tribute to the Italian beauty in paintings and sculpting to, as of recently, Zac Efron, Rosselli had to perfect the art of the respectful “no comment” when relentlessly asked about her relationships or family.

Increasingly focused on her career as an Influencer and TV personality, Rosselli will co-host the most influentialandhottestevent in Beverly Hills, celebrating the holiday season, So Let’s Shop!

So Let’s Shop is considered the holiday party of the year and part of the Modern Day Wife’s National Tour of events featuring Celebrities, Influencers, CEOs, Business Owners, Designers, and Founders who are breaking the mold, balancing all things they do as women. Pushing the limits, inspiring others along the way, and sharing it all at this event exclusively and live in Beverly Hills on November 30. Featuring luxurious and sophisticated Pop Up Shops for all your holiday gift-giving, style and forecast trends for the holiday and into the new year from our fashion panel, mix & mingle, signature Modern Day Wife panels, fireside chats, fashion show, and alluring photo ops moments.

Rosselli’s limited-time exhibition “Acherontia” it’s still considered one of the most important artworks of contemporary Art Photography in Hollywood and brings new insights into her iconic career through self-portraiture, silver prints, and first-edition original work. Rosselli understands storytelling. As an Influencer and photographer, “Anything I can do to help tell a story gets me excited. Even before I began my influencer journey, I was working on multiple projects in various development stages, which was so rewarding. The process appeals to me regardless of the form a story takes—art, writing, photography, or fashion.”

Whether shooting or working with non-profits, Rosselli focused on bringing other people’s stories to life. Her step into the spotlight as a Reality TV Star was unexpected. “I am looking at entertainment as a whole,” Rosselli explains. “Most reality TV casts are always already assembled, so I was never considering being in front of the camera.” Initially comfortable playing a backstage role, Rosselli’s opinion shifted after considering the importance of representation. Rosselli’s step into reality television was the latest evolution in a career in entrepreneurship and philanthropy. “I’d always viewed myself as a go-getter and committed to every project. In the past few months, I’ve learned so many valuable lessons. The silver lining in all this was that I’ve finally become comfortable standing up for myself, a form of self-care. I was taught to hold my feelings inside in traditional Sicilian households, especially when people mistreated me. Finding the strength to advocate for yourself and your needs, be they professional or emotional, is empowering.”

The Untold Truth behind the Ketan Parekh Scam